Current and former ASH players to hit the hardwood in Fitzgerald

According to Rick Jones, the head coach of the Sparks and organizer of the event, several former players from the surrounding counties will be participating. Among the former Americus-Sumter players participating will be Atyanna Gauldin and Amber Hicks. Both Gauldin and Hicks led the Lady Panthers to the 2016 state championship. 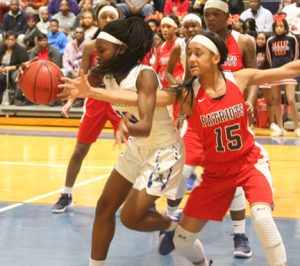 In addition to the alumni game, there will also be games involving current players, including Americus-Sumter standouts, Brianna Pope, Deasia Ford and Nyja Carson.

There will be alumni players from other surrounding counties participating as well, including some from Ben Hill, Irwin, Coffee, Brooks, Tift, Lowndes, Berrien, Charlton and Crisp counties. 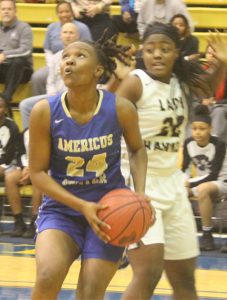 The money raised from this tournament will go to help with the expenses the Georgia Sparks Exposure teams will incur during the season. They will play in six Division I college exposure tournaments, allowing the girls to play against the best competition in the country, as well as play in front of several college coaches.