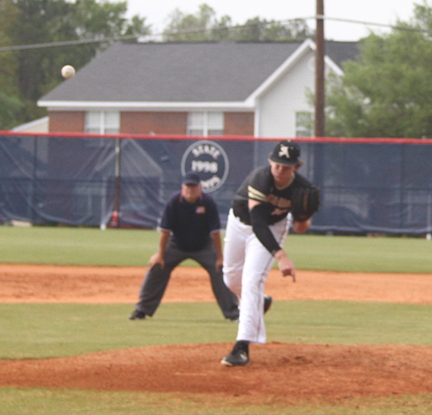 AMERICUS – The Southland Academy Raiders scored 11 runs in the bottom of the second inning on their way to a 17-2 pounding of the Brookwood Warriors Tuesday, April 17, at Southland Academy.

Senior Harrison Bell got the start on the mound for the Raiders. Bell allowed two runs on seven hits over four innings. He struck out five and walked one.

As part of that 11-run inning, Bell hit a three-run home run to give the Raiders a 6-1 lead. Bell went 3-for-4 at the plate, including the three-run homer in the bottom of the second. He scored three runs and drove in four RBIs.

Both William Lee and John McCaskill went 2-for-2 at the plate for Brookwood. McCaskill scored once and drove in a run, while Lee scored the Warriors’ only other run.

The two teams will meet Friday, April 20, at the Brookwood school in Thomasville for a rematch. Southland is now 6-7-1 overall and 4-3 in Region.