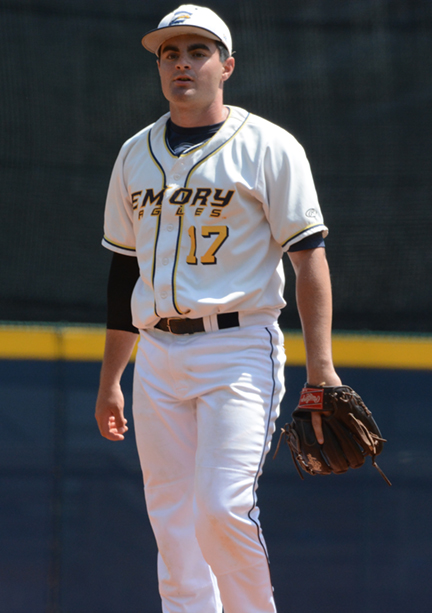 Leader, a sophomore pitcher for Emory University, wrapped up his second season on the mound for the Eagles. He appeared in 10 games, including his first career start on March 18, 2018, against Middlebury College (VT). Leader allowed two runs in a 10-7 Emory win.

In the classroom, Leeder is a double major in Economics and Political Science. He carries an overall GPA of 3.71. After graduation, Leeder plans to attend Law School in the Spring of 2020.

During his career at Schley County, Leeder was a four-year letter winner. He served as Team Captain during his junior and senior seasons. During the 2016 season, Leader earned First Team All-State and All-Region honors while playing first base. In 2015, Leeder earned First Team All-Region honors as a pitcher, going 4-0 and racking up 30 strikeouts and posting a 0.91 ERA in 40 innings pitched as a senior.

During his junior year at Schley County, Leeder posted a 4-1 record to go along with 25 strikeouts and a 1.25 ERA in 35 innings pitched. During his sophomore year, Leeder went 3-1 on the mound with 15 strikeouts and posted a 1.25 ERA in 15 innings pitched for the Wildcats. He helped Schley County win the GHSA Class A-Public State Championship in 2015. During Leeder’s tenure at Schley County, the Wildcats won region championships in 2013, 2014 and 2016. He also played basketball for the Wildcats as well. As he looked at colleges, Leeder wanted to attend a school that was recognized nationally for its academic programs and its baseball program.

Leeder is the son of Mike and Jodie Leeder. Mike Leeder is the current Athletic Director at Georgia Southwestern State University.