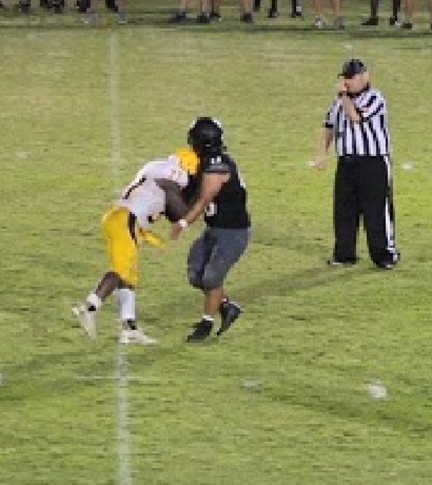 Richie Quiros of Schley County blocking down field in the Wildcats' Spring game against Worth County. Submitted photo

ELLAVILLE – The Schley County Wildcat Football Team finished Spring drills off on a positive note as they defeated Worth County 20-0 in the Spring game on Friday, May 11, at Schley County High School. 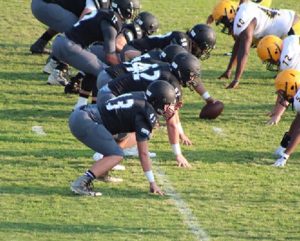 Schley County at the line of scrimmage ready to run a play.
Submitted photo

The Schley County defense stifled Worth County’s offense all night. The Wildcats were able to move the ball down the field all the way to the one-yard line. Then Landon Dailey scored to make the score 20-0. Blackwell’s extra point try was no good, but it wouldn’t matter as the Wildcats won the scrimmage 20-0.

Jarrett Long started the game at quarterback for the Wildcats in place of Garrett Peavy, who who was just across the way trying to help the baseball team advance in the state playoffs. Long was 4-for8 for 24 yards passing. Running back Ja’myron Clayton had two carries for 25 yards. Jakim Hart had four carries for 24 yards. Jarrett Long had four carries for 20 yards and scored the game’s first touchdown, and Trent Davis had two carries for 16 yards and a touchdown. Clayton led the Wildcats in receiving with two catches for 14 yards. On defense, Zamon Ross led the team with eight tackles, and Jacob Long had six tackles, along with a sack. 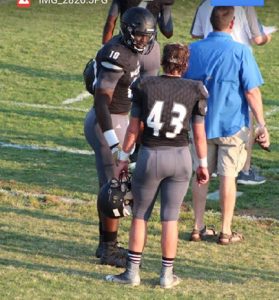 “I felt like we played a solid first half. We did some good things on both sides of the football,” Schley County Head Coach Darren said. “We played every player and got some good film to evaluate going into Summer. It was a solid start. I am proud of the effort we gave, but we have a lot of improvement to become the team I think we can be. I’m looking forward to good Summer work-outs with the team, and to see if we can get better,” Alford continued.