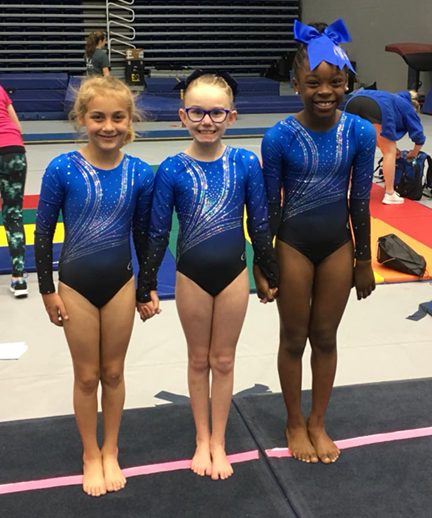 AMERICUS – Sumter Gymnastics is riding a wave of success. They have produced three state champions in the span of three months. On Saturday, March 17, Sumter Gymnast Madison Smith competed in the Level 6 State Meet in Lawrenceville, GA and became the state champion in her age group in the floor exercise with a score of 9.225. Smith also earned a third-place finish in the vault, balance beam and all around competitions.

On Sunday, May 6, 21 gymnasts from Sumter County competed in the AAU State Meet in Carrollton, GA in the Xcel Silver Division, Angel Cobb became the first state champion in her age group on the uneven bars, the floor exercise and was first overall with an all-around score of 37.975. Cobb scored a 9.6 on the uneven bars and a 9.7 on the floor exercise. Cobb also placed second in the vault competition. 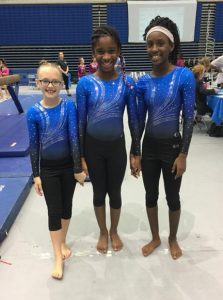 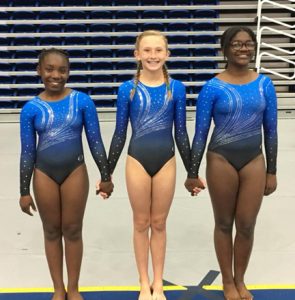 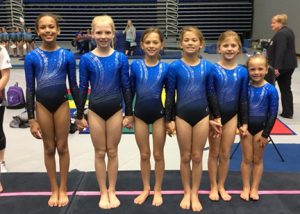 Sumter Gymnastic Coach Melissa Singley was extremely pleased with her team’s performance. “I cannot tell these girls and their parents how extremely proud I am of them,” Singley said. “There was some fierce competition at state this year with at least 15 gymnasts in each age division, so for these girls to bring home as many medals as they did was amazing.” 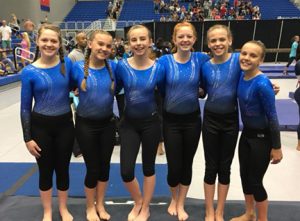 Coach Singley went on to say that many of her gymnasts had some season-best scores, but still didn’t place as high as she had hoped due to the high level of competition. However, Singley believes that the Sumter Gymnastics Team represented Americus and Sumter County proudly. “We represented Americus very well and we even had some compliments from judges on our gymnasts,” Singley said. “I love coaching these girls and I am looking forward to seeing what is in store for them at Nationals at the end of June of next season.”