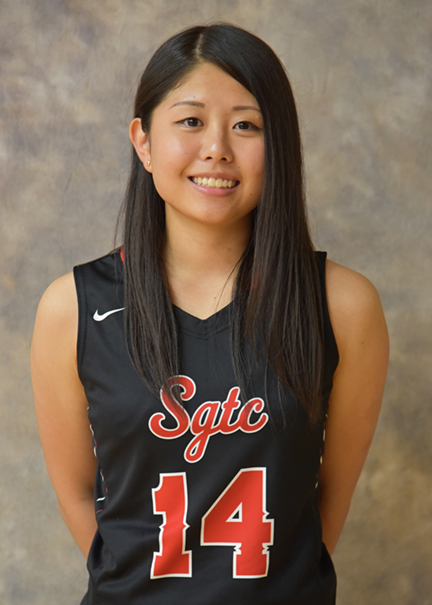 South Georgia Tech’s Kanna Suzuki has signed a scholarship to continue her basketball career at the University of South Carolina Aiken. Photo by SGT

The Hamatsu, Japan native was the Georgia Collegiate Athletic Association’s 2016-17 Freshman of the Year. Suzuki averaged 9.1 points, 4.8 assists and 1.8 steals in 35 games. She started 32 of them.

Before the beginning of the 2017-18 season, Suzuki tore her ACL and missed her sophomore season. She rehabilitated her knee and took care of business in the classroom. Suzuki earned an associate’s degree in sports and fitness management. Suzuki received the SGTC Student of Excellence award for October.

“I’m beyond excited for Kanna that she will have her bachelor’s and master’s degrees paid for now since she has three years of eligibility remaining.” Women’s Head Coach James Frey told the Japan Times.

Coach Frey said that SGT is adding two Japan-born players to the team’s roster for the upcoming season, Mari Hill and Rio Yamazaki.

Hill is transferring in from Tallahassee Community College. While at TCC, Hill averaged 5.9 points and 2.1 assists in 34 games for the Eagles this past season. Hill scored a season-high 14 points on Friday, March 23, against Gulf Coast State College. Hill graduated from Asuwa Senior High School in the Fukui Prefecture of Japan. She prepared for junior college basketball by attending IMG Academy in Bradenton, FL.

Suzuki is from Japan’s Chiba Prefecture, and also attended IMG Academy this academic year to get ready for the challenges of college basketball.