AMERICUS – After not having it for a few years, the 2018 Kiwanis Baseball Tournament is back on. It will be held Friday through Sunday, June 8-10, at the Sumter County Parks and Recreation baseball complex. The tournament is sponsored by the Americus Kiwanis Club. 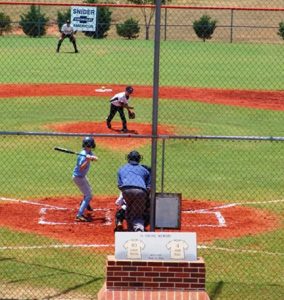 According to Cody King, Vice President of the Americus Kiwanis Club, they are expecting a total of 16 teams to participate. “There will be teams coming from as far away as Moultrie and Worth County. Several teams will be staying overnight in Americus hotels,” King said.

Another picture from a previous Kiwanis Baseball Tournament.
submitted photo

King went on to say that there will be two age groups: 12u and 10u, and that all the proceeds from the tournament will go to support service projects in Sumter County.

According to Anne Isbell, president of the Americus Kiwanis Club, the competition from other tournaments made it difficult to keep the tournament going “There are a number of tournaments now. There was a lot of competition,” Isbell said. “We were just not successful in getting it together. We’re starting it up again. It’s our big project of the year. It’s three days. It’s June 8-10.” 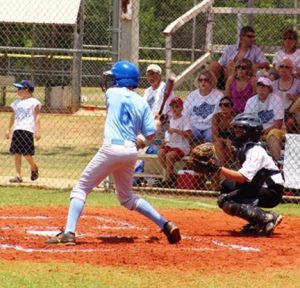 A batter competing in the Kiwanis Baseball Tournament. The Tournament is coming back June 8-10 after a two-year absence.
submitted photo

King said that the organization was unable to get enough teams to participate in 2016 and 2017, but that they have had better luck this year. “If the weather cooperates in 2018, we will have great success.”

“I think it’s a great event. It has been a great event in the past,” Sumter County Parks and Recreation Department president Tim Estes said. “I’m glad to see it return, and it provides a good economic impact for the community.”