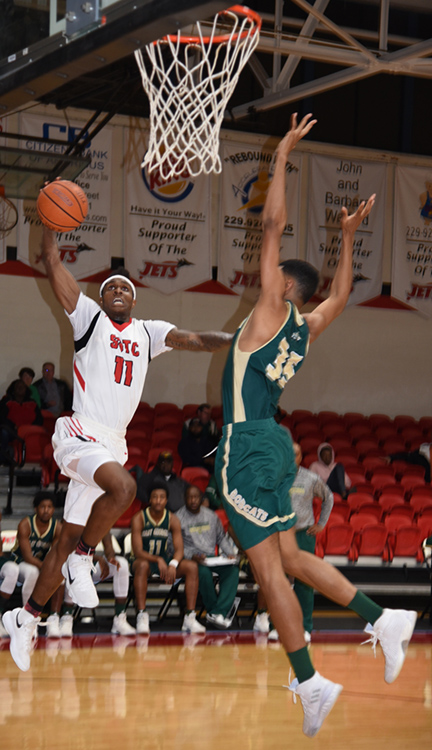 CLAREMORE, Okla. – According to Rogers State Men’s head basketball coach Justin Barkley, South Georgia Tech star Dawan Bass has signed a scholarship to play for the Hillcats during the 2018-19 season.

“Adding a player like Dawan was important to this year’s recruiting class,” Barkley said. “He brings length, athleticism and toughness.” Barkley went on to say that one thing that sold him and his coaching staff on Bass was South Georgia Tech head coach Travis Garrett. “Coach Garrett raved about his ability to make winning plays and his ability to be a lockdown defender,” Barkley said. “I can’t wait to get Dawan here in the Fall and start working with him.”

During his sophomore season at South Georgia Tech, Bass averaged 12.7 points per game and 5.6 rebounds per game. He was named to the NJCAA Region 17 All-Tournament Team and All-Conference, along with making it on to the All-Conference Defensive Team.

Bass started 29 games for the Jets and helped lead SGT to a 20-12 record during the 207-18 season. Bass, a Baltimore, MD native, played high school basketball at Patterson High School.