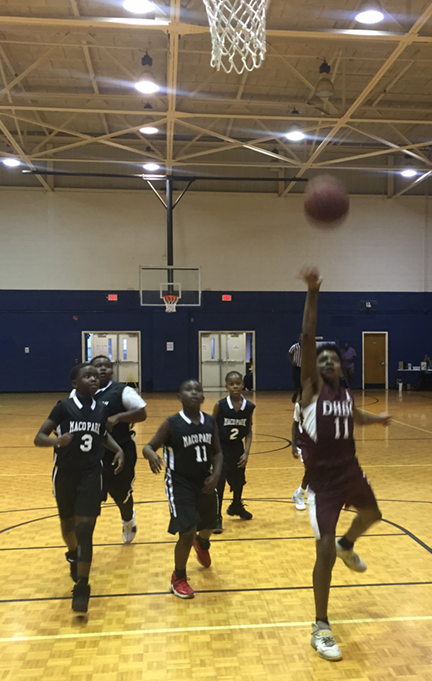 AMERICUS – The Macon County 11u Bulldogs showed why they have won three recreational state championships as they overwhelmed the 11u Cavaliers team early and rolled their way to a 58-11 lop-sided victory on Monday, June 11, in the 11u Division of the Dwight Harris Boys Club Basketball Summer League at Ninth Grade Academy. 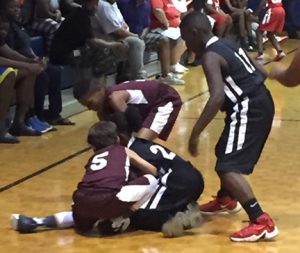 Macon County put on their full-court press early, forcing turnovers and turning them into points. By halftime, the Bulldogs led 32-6. Jaden Tatum scored all of the Cavaliers’ six points in the first half. Jordan Hudson and Frankie Raines each had eight points by halftime to lead the Bulldogs and Eric Rice had six.

Macon County picked up where they left off in the second half. The Bulldogs went on a 23-0 run as they kept pressing and forcing turnovers. In spite of the thrashing, the 11u Cavaliers scrapped and hustled the entire ball game. One example of that was Jase Peterson, who dove on the ball on one occasion and fought a Macon County player for the ball on another. 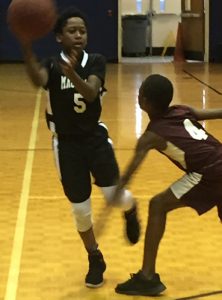 However, Macon County was just too strong, fast and skilled. They went on to win the game 58-11. Jaden Tatum scored all of the Cavaliers’ 11 points. The Bulldogs had two players in double-figures. Jordan Hudson led Macon County with 17 points and Eric Rice had 12. “Our guys have been playing together for at least four or five years,” Macon County Head Coach Kenneth Hudson said. “We’ve been working hard all Summer. They’ve won three state championships for me. We have to work on executing and getting back on defense. Other than that, we should be all right.”