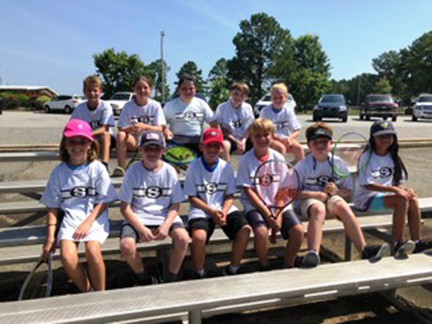 AMERICUS – In spite of the sweltering heat, the campers at the 2018 Southland Raider Tennis Camp were filled with enthusiasm and eager to learn the fine points of the sport.

Students from grades 3-6 learned the basic fundamentals of the game of tennis, such as racquet grip, forehand and backhand ground strokes, serving, score keeping and tennis etiquette.

Campers also learned the basic strategies in singles and doubles play and competed in both singles and doubles matches. We had campers ranging from rising third graders to rising sixth graders. The campers enjoyed the camp. “They were having fun while gaining some tennis experience,” Southland Head Tennis Coach Josh Hicks said. “The future of Southland Tennis certainly looks bright.”