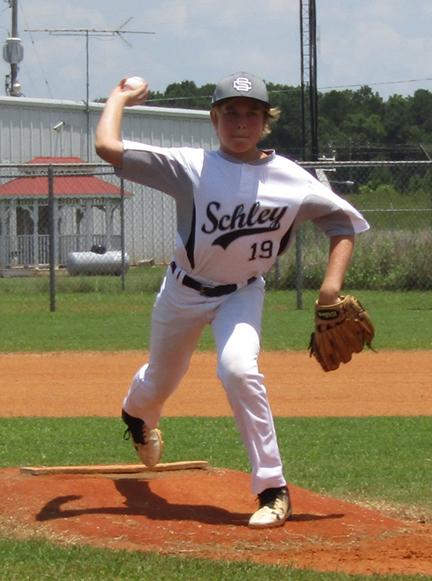 SWAINSBORO, GA – A five-run inning for Swainsboro was a key factor in the Schley County 12u All-Stars’ 8-2 loss to the host team on Sunday, July 8, in the 2018 Dixie Youth 12u State Tournament.

The Schley County All-Stars out-hit Swainsboro 7-5, but were only able to score two runs off of those hits. The loss eliminated Schley County from the tournament.

“I would just say that I am super proud of my kids,” Schley County Head Coach Jake Smith said. “They never quit battling and kept their heads high. They were always encouraging each other even when they were down. We could compete with every team there. That says a lot, considering how small of a county we are.”

Trenton Stubbs started on the mound for Schley County. Stubbs pitched two innings, allowing one run on two hits and striking out three. Jack Clark and Jay Kanazawa both entered the game in relief, throwing one and two-thirds innings and one and one-thirds innings respectively.

Destiny LeCroy went 2-for-2 at the plate to lead Schley County in hits. 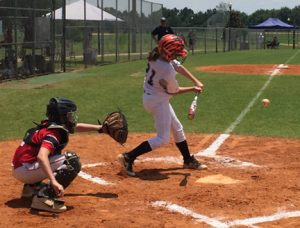 The tournament began on a high note for Schley County. On Friday, July 6, they run-ruled the West Augusta All-Stars 12-1. The boys from Ellaville scored two runs in the first and one in the second. However, Schley County put the game away in the bottom of the third by scoring nine runs. They scored a total of 12 runs on seven hits and committed two errors. They took advantage of West Augusta’s six errors.

Owen Palowski went 2-for-2, scoring two runs and driving in two RBIs for Schley County. Jay Kanazawa also had a solid game at the plate, going 2-for-3, driving in two RBIs and scoring two runs. Trenton Stubbs also had a hit, scored a run and drove in two RBIs. Carson Westbrook was also productive at the plate. Westbrook went 1-for-2, scored a run and drove in two RBIS in Schley’s 12-1 victory. Landon Godwin was the starting pitcher for Schley County. Godwin went two and two-thirds innings, allowing two hits and one run while striking out one and walking none. 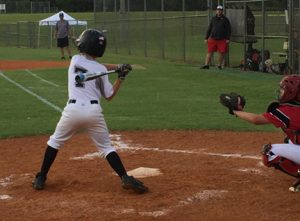 Carson Westbrook went 1-for-2 at the plate, scoring a run and driving in two RBIs in Schley County’s 12-1 win over the West Augusta 12u All-Stars.
ATR Archive photo

However, the boys from Donalsonville were able to bring home two runs in the top of the seventh, forcing Schley County to have to come from behind to win. Unfortunately, Schley was unable to come back and fell to Seminole County 5-3. Schley County out-hit Seminole County 8-6. However, four errors committed by the boys from Ellaville proved to be very costly in this game.