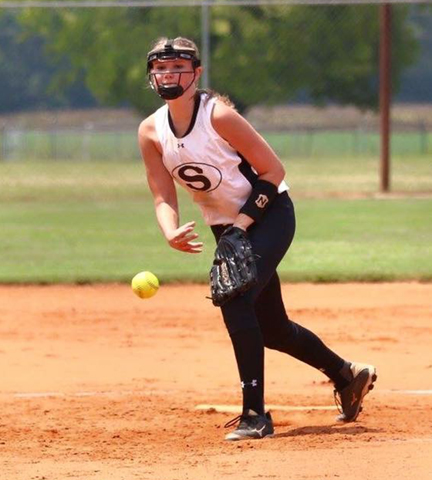 PERRY – The Southland Lay Raider Softball Team finished up their pre-season work with a trip to the Windsor Academy Invitational Tournament Friday and Saturday, July 27-28.

Southland added three runs in the second inning. Rylan Youngdale led off the inning with a walk and scored on a Holly McCain double to left field. McCain then scored on an RBI-single by Storey. Storey advanced on a passed ball and scored when Brook Weaver advanced on a throwing error by the Westwood third baseman.

The Lady Raiders added two more runs in the third inning when Reese Roland led off the inning with a single. Roland scored on a fielder’s choice-RBI when Abby Lightner grounded out to second base.

Samanta Wojnar, running for catcher Katie Rogers, scored as Alli Dent reached on an error by the Westwood shortstop. Southland ended the day’s scoring in the fifth inning as McCain led off with a single and scored on an RBI-double by Storey. Storey scored when Weaver drove her in on an RBI-single, followed by an RBI-single by Katie Rogers, scoring Weaver.

Rylan Youngdale went the distance on the mound for the Lady Raiders. She went five innings, giving up four hits, striking out seven and walking four. McCain and Storey each had three hits, while Brook Weaver and Morgan Minick tallied two hits each.

In Game 2 on Friday, the Lady Raiders faced the 2017 Georgia Independent School Association (GISA) Class AAA State Champions Westfield. The Lady Hornets shut out Southland 11-0. Westfield scored three in the first, three in the second, one in the third and four in the fifth inning. Alli Dent went the distance on the mound for Southland. She pitched five innings, giving up 11 hits, striking out two and walking four. Only six of the 11 runs given up by Dent were earned runs. Dent and Roland led the Lady Raiders in hitting with one hit each.

On Saturday, July 28, the Lady Raiders fell to Fullington Academy 10-2 and were shut out 9-0 by GISA Class AA defending state champions Piedmont Academy 9-0.

Storey pitched the distance for the Lady Raiders, going five innings. She gave up 11 hits, struck out one and walked four. The Lady Raiders will begin the regular GISA season on Friday, August 3, when they travel to Dublin for the Trinity Christian Round Robin Tournament.