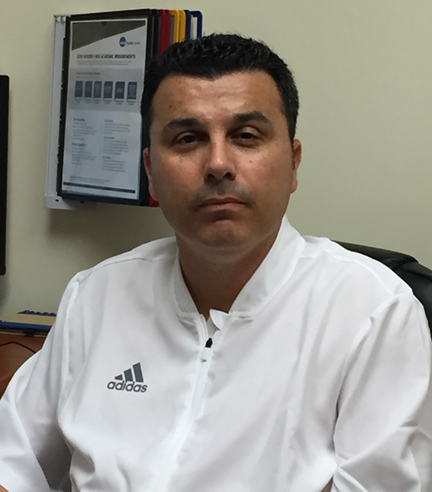 AMERICUS – It is an understatement to say that the 2017 Georgia Southwestern State University Women’s Soccer Team had a rough campaign in 2017. Though the Lady Hurricanes were very competitive in their matches, they did not win a game during Enrique Rodriguez’s first year as head coach. “I came here in late April of last year,” Rodriguez said. “I had to work with whatever I had at that moment. The girls reacted very well to the change. Obviously, we’re in a very, very tough and competitive conference. Those other teams have been around for a long time. It was hard to compete in terms of results, but I think we are just laying out the foundation of the program.”

The Lady Hurricanes will have about 10 returning players from last year’s team. Coach Rodriguez is expecting much from these returning upper-classmen. “The expectation is high for them. They’ve already been here one year with me,” Rodriguez said. “We graduated seven seniors last year, and we’re bringing in almost 10 freshmen. This is my first recruiting class. Everybody as a group needs to step up in terms of results, but the focus is on the foundation of the culture of the program. We want to do things the right way. Every detail has to be covered this time.”

Rodriguez went on to say that he is not looking for just one player to take on a leadership role. He is trying to foster a group concept as far as leadership is concerned. “One of the things that we try to embrace here is the group,” Rodriguez said. “We will have three seniors, four juniors, four sophomores and the 10 freshmen coming in.” Those three seniors are forward Ella Hawkins, a local product from Southland Academy, defender Rachel Cochran (Columbus, GA) and defender Avery Heid (Dallas, GA).

As far as what tactics or formation the Lady Hurricanes will use against their opponents in 2018, Rodriguez said that what they try to embrace is defending with the ball. “That means creating our own rhythm,” Rodriguez said. “The teams that we are playing against are very established, so it’s hard for us to mandate our style. Sometimes, we need to react, so we have to have flexibility in order to face them. We will not fit in only one formation. We will have to adapt based on what we are facing and depending on the situation. It’s hard to play a specific formation, such as a 4-4-3, 4-4-2 or 4-3-3 or whatever it is. It depends on the opponent also.”

GSW senior forward Ella Hawkins, a former Southland Academy standout, is one of three seniors who will be playing their final season for the Lady Hurricanes.
Submitted Photo

Rodriguez went on to say that he will instill in his club the concept of defending with the ball and having possession. Rodriguez said that his club will defend with four in the back, but adjustments will be made in the midfield and forward lines depending on the situation and who they are facing.

Coach Rodriguez is extremely excited about his recruiting class. There will be 10 new faces on the Lady Hurricanes’ squad. “These players will bring a soccer culture, plus an established record of being involved in higher-level club soccer,” Rodriguez said. “Soccer in the United States is huge in terms of club, so what we do is we identify kids who have been involved in that environment to help us put the program in that environment, which I think is something that is lacking. These kids coming from Florida, Georgia and California, they are coming in to help us establish the program and a soccer mentality.” 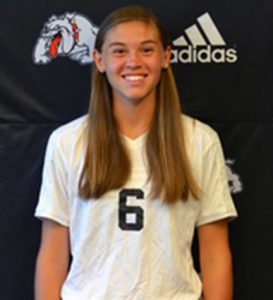 Midfielder Alison Rugel comes to GSW from Georgia Military College and will be a junior academically. She is expected to provide goal-scoring production for the Lady Hurricanes. She scored 11 goals and tallied 15 assists her sophomore year at GMC.
Photo by GMC

Rodriguez said that the one player coming in with the most experience is a transfer from Georgia Military College and will be junior academically. Her name is Alison Rugel and she is a midfielder. During her sophomore year at GMC, Rugel scored 11 goals, including one game-winner, and tallied 15 assists. One position that Rodriguez wants to shore up quickly is the position of goalkeeper. “When I came here last year, there was not a goalkeeper on the team or in the recruiting class,” Rodriguez said. “We don’t have a returning goalkeeper. We will have two freshman goalkeepers.” Those two goalkeepers are Hannah Morrone and Victoria Moore. According to Rodriguez, Morrone played her club soccer for Impact SC out of Marietta, GA. She also played her high school ball at Cambridge High School in Milton, GA north of Atlanta. Moore comes to GSW from Warner Robins, GA, where she was the starting goalkeeper at Veterans High School.

With the returning players coming back with experience under their belt, coupled with a strong recruiting class, the Lady Hurricanes should be a much-improved team and their 2018 season should be much better. GSW will host a scrimmage game on Sunday, August 26, against Wesleyan College at 7 p.m. Their first three regular-season games of the 2018 season will be road games against Emmanuel College, Southern Wesleyan and Spring Hill College. Their first home game of the regular season will be against Middle Georgia College on Wednesday, September 12, at 7:30 p.m.