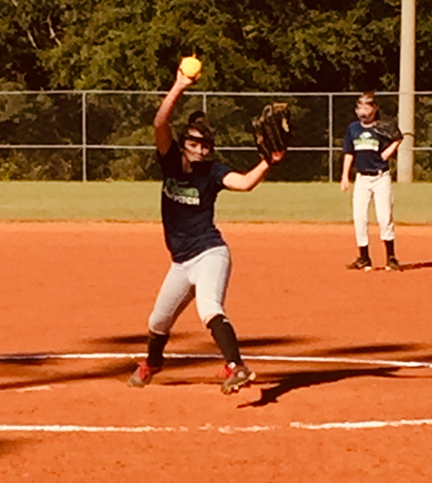 Furlow Charter pitcher Jaelyn Wynn in the circle for the Lady Falcons. Photo by Ken Gustafson

AMERICUS – Webster County Middle School scored 10 runs in the top of the first inning to pretty much seal a victory as they went on to defeat Furlow Charter 18-1 on Wednesday, August 29, at the SCPRD softball field on Highway 19 South. 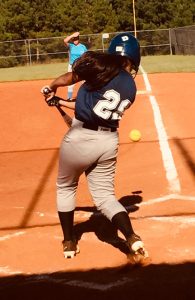 Furlow Charter’s Anissa Retana trying to connect with the ball to reach first base. Retana went 2-for-2 with an RBI.
Photo by Ken Gustafson

However, Wynn was thrown out trying to score for the second out of the inning. The Lady Falcons had the bases loaded with two outs. Kendall Robinson drew a walk. Retana singled and Haley Moore was hit by a pitch. Unfortunately, Lena Do struck out to end the inning.

Anissa Retana started the game in the circle for Furlow Charter. Unfortunately, though she tried her very best, Retana struggled to find the strike zone, walking numerous Webster County hitters. Jaelyn Wynn came in to pitch and was able to somewhat slow down Webster County. However, the girls from Preston scored eight more runs to end the run-ruled game after three innings.

Kendall Walker went 2-for-3 to lead Webster County. She scored two runs and drove in an RBI.