Lady Raiders raid the Hornets’ nest, but get stung 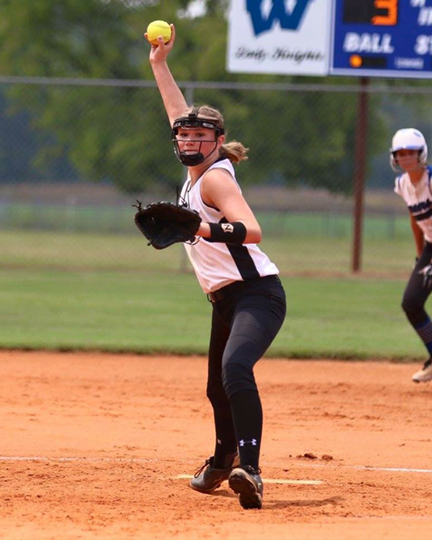 Despite her best efforts, Southland pitcher Rylan Youngdale struggled against the powerful line up of the Westfield Lady Hornets. She gave up eight runs on 12 hits in the 8-0 loss. ATR Archive

PERRY – Coming off their win over Terrell Academy on Tuesday, August 28, the Southland Lady Raiders Softball Team was ready to raid the Hornets’ nest on Thursday, August 30, and steal a victory at Westfield. However, the defending Class AAA State Champions blanked Southland 8-0.

Westfield starting pitcher Riley Hickok threw a perfect game. Hickock was unhittable, allowing no runs and no hits. She walked none and struck out five.

Southland starter Rylan Youngdale had a tough day in the circle. In five innings of work, she gave up eight runs on 12 hits. Seven of those runs were earned. She walked two batters and struck out none.

Emma Williams led the Hornets’ offensive attack. She went 3-for-4 at the plate and drove in two RBIs. Westfield scored two runs in the third, three in the fourth, one in the fifth and two in the sixth to complete the shutout.

The Lady Raiders will try to rebound from the defeat when they travel to Albany, GA on Wednesday, September 5, to take on region opponent Deerfield-Windsor. First pitch is scheduled for 4:30 p.m.