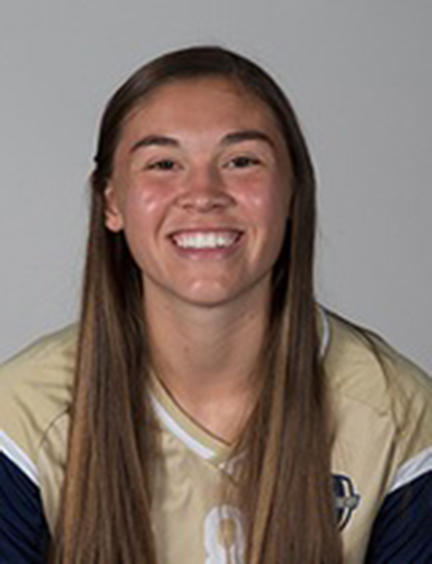 Junior Midfielder Alison Rugel had three shots on goal for the Lady Hurricanes in their 3-0 loss to Middle Georgia State. Photo by GSW

AMERICUS – The Lady Hurricanes Soccer Team lost a tough, hard-fought battle to Middle Georgia State by the score of 3-0 on Wednesday, September 12, at Hurricane Field.

GSW had opportunities to score. Alison Rugel led GSW with three shots on goal and Alisa Barr had two. None, however, could find the back of the net.

MGA (3-3-1) scored early in the 14th minute of the match. Hannah Theriault scored an unassisted goal to put the Lady Knights up 1-0. Both teams battled fiercely during the rest of the first half, but the half would end with MGA leading 1-0.

MGA had seven shots on goal compared to the Lady Hurricanes’ five. GSW will try to rebound from the loss when they host Warner University on Saturday, September 15. Kickoff is scheduled for 5 p.m. There will be water slides as part of the second-annual Wet & Wild Saturday. It will also be Youth Soccer Night. There will be an opportunity for kids to get autographs from the players. On Wednesday, September 19, the Lady Hurricanes will begin Peach Belt Conference play when they travel to Morrow, GA to take on Clayton State University. Kickoff is scheduled for 7 p.m.