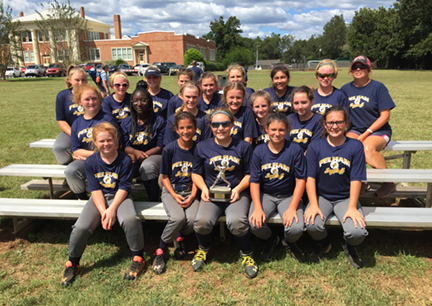 PLAINS – The Pelham Middle School Lady Hornets Softball Team took home the championship on Saturday, September 15, in the first-ever Lady Buffaloes Softball Tournament. The tournament was played on the softball field next to the Jimmy Carter National Historic site in Plains, GA.

This was the very ball field that former President Jimmy Carter and his classmates played ball on. 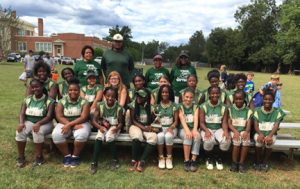 The Tournament began on Friday, September 14, at 4:30 p.m. Each game had a time limit of one hour and thirty minutes. The first game featured Furlow Charter against Sumter Middle School. Furlow won the game 15-1. 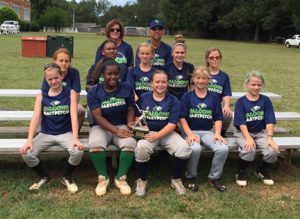 In Saturday’s action, the first game began at 9 a.m., with Pelham defeating Terrell County 13-1. Terrell County, not happy with the result against Pelham, took it out on Sumter Middle School by beating them 12-1. 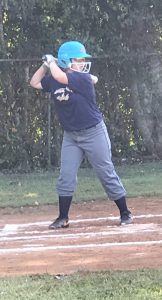 Pelham’s Allana Lawson at the plate.
Photo by Ken Gustafson

The next game featured Furlow Charter against Pelham. The Lady Hornets shut out the Lady Falcons 14-0. Sumter Middle School had to forfeit because they didn’t have enough players for their next game. Therefore, by virtue of their two wins in the tournament, the Lady Hornets were declared tournament champions. The only thing left to decide was who would win second place. 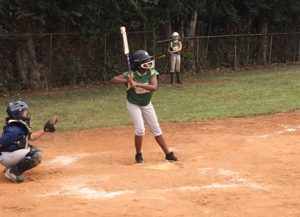 The last game of the tournament was between Terrell County and Furlow Charter. Terrell County scored five runs in the first inning off of walks. Furlow tried to make a comeback in the bottom of the first when Jaelyn Wynn led off with a double and eventually scored. With two outs in the inning, Kendall Robinson drew a walk, then stole second base. Robinson would eventually score on a passed ball. 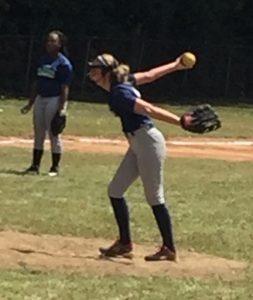 Terrell County scored five more runs in the second inning, and Furlow was able to score a run in the bottom of the second. However, time ran out and Terrell County won 10-3, taking second place. “The dedicated girls showed up for the game and they did the best they could,” Furlow Charter Head Coach Jake Umpleby said.