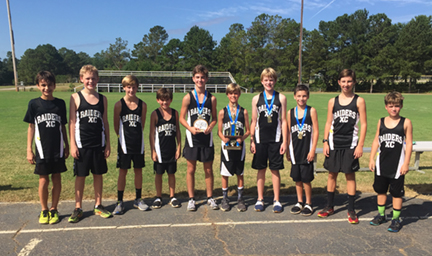 Humphrey finished in first place individually with a time of 12:15.38. For Humphrey, getting in as many miles during the week as possible was a key reason for him being able to finish at the top. “It’s all about working as much as I can to try to get as many miles in during the week,” Humphrey said. “I don’t get to practice every day because I do football. I get to practice Wednesdays and Sundays. I run about 10 miles in a week.”

Southland’s Jadie Burrell finished in 17th place with a time of 27:03.75 in the Southland Academy Invitational #2.
Photo by Ken Gustafson 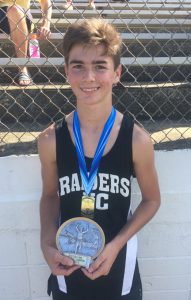 Southland was in second place with 47 points and Tiftarea Academy took third with 51. Individually, Julia Clare Hubbard turned in the best time for Southland. Hubbard finished in eighth place with a time of 15:20.41. Hubbard was a little more than nine seconds behind Emma Burnett of Valwood, who finished in a time of 15:11.12. 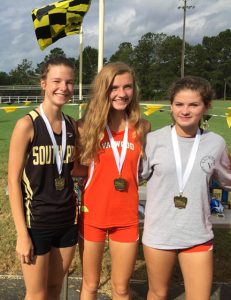 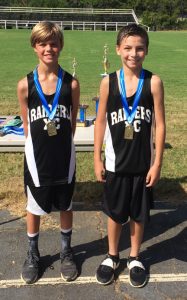 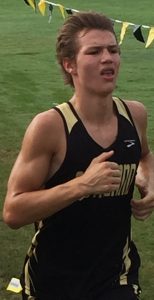 Southland’s Max Foster finished in third place at the Southland Academy Invitational #2 with a time of 19:29.88.
Photo by Ken Gustafson

However, in the girls’ competition, Southland’s Elizabeth Law won the girls’ race in a time of 21:57.03. “It took a lot of extra mental strength to sprint for so long because I didn’t get out easily,” Law said. “I just told myself that I was going to do my best. My coaches told me that I needed to get out quick because a lot of these opponents are really good, and if I didn’t lead them, I would be stuck towards the back. I just did my best and the Lord gave me the strength to keep running and I didn’t die.”

The next Southland runner to finish was Jadie Burrell. Burrell finished in 17th place in a time of 27:03.75. For Burrell, it was all about running the best she could depending on how she felt. “I was just going to run however I felt and just keep on going,” Burrell said. As far as how much the mental factor played a part in how well she ran, Burrell said that it was about 89 percent mental. Burrell went on to say that she needs to train more and train harder. Bentlee Roberson also competed in the race for Southland. Roberson finished in a time of 29:26.69. 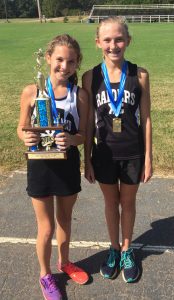 Gray Torbert finished in seventh place with a time of 19:55.03.
Photo by Ken Gustafson

For Southland, Max Foster had the best finish for the “Runnin” Raiders. Foster finished in third place with a time of 19:29.88. For Foster, mental belief played a huge part in his success. “I thought I’d start out pretty fast and then pace myself after the first mile,” Foster said. “I had an off day today. I had a cramp. I don’t know if I didn’t get enough sleep last night or something. I ran about a minute slower than my personal best, which is 18:27. It is definitely mostly mental. All sports, I think, are 90 percent mental and 10 percent physical. If you don’t get your mind believing that you can do it, then you really can’t do what you want to do. It’s mostly mental for me.” 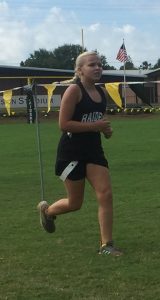 Foster’s teammate, Gray Torbert, finished in seventh place in a time of 19:55.03. “My strategy was to start out with a fast mile and not let that mile really affect me,” Torbert said. “I wanted to catch people as I ran by them. I tried to keep up with people and then go by them and just run and not think about anything but going out and getting a good time. I kept motivating myself to just know I could do it. I really didn’t struggle with it mentally. I was very happy with my time.” Southland’s Matthew Peck also competed in the race. Peck finished with a time of 23:07.53. Hunter Hockman also competed for the Raiders. Hockman finished with a time of 24:59.69.

Overall, Southland Cross Country Coach Ed Shattles was pleased with how the middle school and varsity runners performed. “I thought we ran well. I thought some of the girls and boys ran their fastest times of the year,” Shattles said. “We had an overall winner in the JV (Tanner Humphrey) and an overall winner in the varsity girls (Elizabeth Law). As a whole, I thought we did well. We’ve got state in about four weeks. We always want to run our best at state. The state course will be here. We’re familiar with it, so we should be able to turn in some good times.” 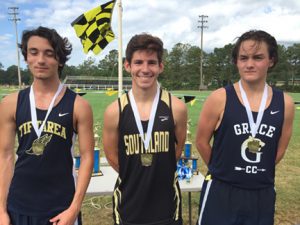