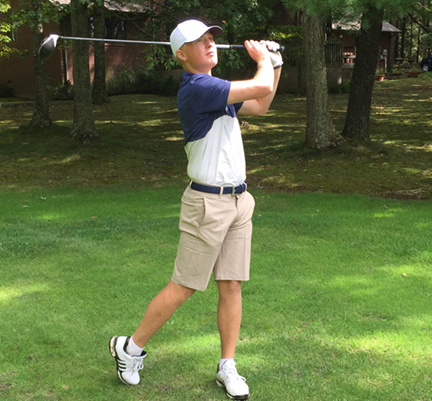 DANIELS, West Virginia – The Georgia Southwestern State University golf team finished tied for 11th place at the NCAA Division II Preview. The tournament was hosted by GSW at the Cobb Course at Glade Springs in Daniels, West Virginia. The par 71, 7,080-yard course was played by 90 players from 17 different universities.

The two-day tournament began on Monday, October 1, with all of the teams playing 36 holes. On Tuesday, October 2, each team played 18 holes.

After finishing the first day of the tournament in 12th place, GSW moved up a spot, shooting 289 on Day 2 for a total score of 878 (293-296-289) to tie for 11th with King University of Bristol, TN. The Hurricanes were one stroke behind 10th-place finisher Missouri-St. Louis.

Barry University from Miami, FL won the tournament, shooting -12 under par and had a total score of 840.

The top individual performance of the tournament was turned in by Lynn University’s Tomas Gana. Gana finished atop the leader board with a score of 205.

Next up for the Hurricanes is the NSU Shark Invitational. This tournament will be hosted by Nova Southeastern University at the PGA National Golf Club in Palm Beach Gardens, FL on Monday and Tuesday, October 8 and 9.