GSW Men’s Soccer falls on the road to Francis Marion 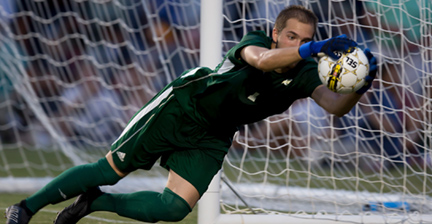 FLORENCE, SC – The Georgia Southwestern State University men’s soccer team gave up a pair of second-half goals to Francis Marion University. This resulted in a 2-0 Peach Belt Conference loss for the Hurricanes on Saturday evening, October 13.

FMU opened the scoring in the 51st minute with a goal. Then in the 63rd minute, FMU converted a penalty kick to seal the 2-0 win.

FMU outshot the Hurricanes 19-4 and created 10 corner kicks to GSW’s one. GSW goalkeeper Francesco Bazzano had eight saves on the night for the Hurricanes.

GSW, still searching for their first PBC win, will try to get it when they host 10th-ranked Lander University on Saturday, October 20. Kickoff is scheduled for 5 p.m.