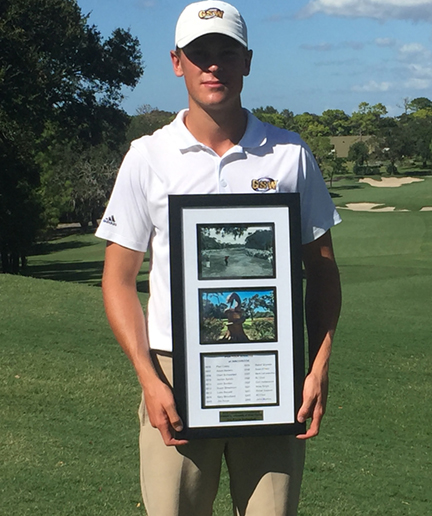 INNISBROOK, FL – The Georgia Southwestern State University men’s golf team closed out the Fall portion of its season by finishing in fifth place as a team at the Copperhead Championship in Innisbrook, FL Monday and Tuesday, October 15-16.

Vincent Norman has two top-five finishes this season as he surpassed his previous scoring record (207). He set that record at the Aflac/Cougar Invitational. The Hurricanes will open up the Spring schedule in February when they compete in the Newberry College Invitational in Newberry, SC.