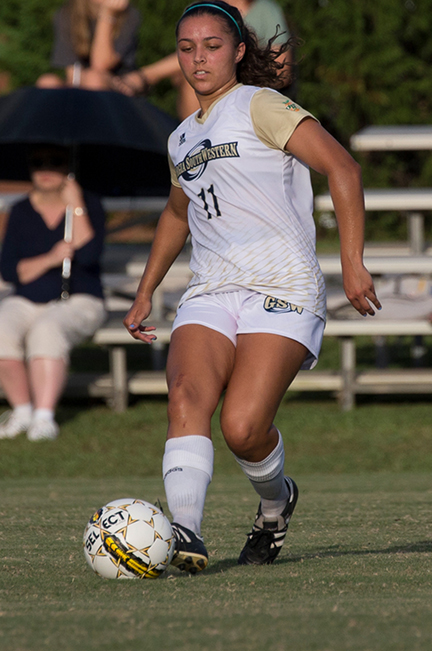 AMERICUS – It was expected to be a close game. However, the Lady Hurricanes’ soccer team gave up seven goals in a 7-0 Peach Belt Conference loss to the University of South Carolina Aiken on Saturday, October 20, at Hurricane Field.

Brenna Mendonca led GSW (2-13, 0-9 PBC) with four shots and one shot on goal that hit the crossbar early in the first half. Leila Hamed had three shots on goal for the Lady Hurricanes.

USC Aiken improves to 3-10 overall and 1-7 in the Peach Belt Conference. Willa Olson led the Pacers with two first-half goals and an assist. They Pacers had an assist for every goal they scored in the match.

USC Aiken outshot Georgia Southwestern State 26-15 while also taking a 16-8 shot on goal advantage. The Pacers also had a 6-3 advantage in corner kicks over GSW.

The Lady Hurricanes’ goalkeeper, Hannah Morrone, had seven saves in the match.

GSW will step out of conference when they host the Lady Rams of Albany State on Wednesday, October 24. Kickoff is scheduled for 7 p.m.