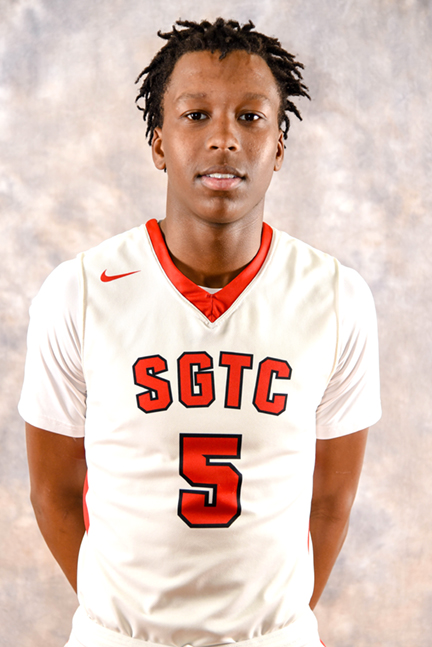 SGT freshman Justin Johnson scored 21 points in both games for the Jets. Photo by SGT

Jets fall to Florida Southwestern and Broward in weekend games

FT. MYERS, FL – The South Georgia Technical College men’s basketball team fell to 1-3 on the season when they traveled to Ft. Myers, FL for the Florida Southwestern Classic Friday and Saturday, November 9-10.

The Jets fell to 11th-ranked Florida Southwestern 84-54 on Friday, November 9, then dropped the second of the two games on Saturday, November 10, against Broward College by the score of 98-92.

In Game 2 against Broward College, SGT’s stats improved, but the game ended with the same result: a loss.

The Jets battled hard against the Seahawks and played almost identically throughout the game’s first half. However, the Jets owned a 48-40 lead by halftime.

BC (2-3) overcame the Jets’ lead in the second half and won the game 98-92 with a major contribution from 28 points off free throws by the Seahawks. BC made 28-38 free throws for the game.

Johnson had a similar night on offense for SGT. He led the Jets in scoring with 21 points and also played a bigger role defensively by grabbing six defensive rebounds and making one steal.

Nick Cummings, a freshman from Eastman, GA, scored 15 points on the night and grabbed three rebounds. He also dished out one assist and grabbed one steal. Freshman Dijon Brown, another Ft. Lauderdale, FL native playing in his home state, scored 12 points against BC. Brown also grabbed four rebounds and dished out five assists. SGT sophomore Durand Green, a native of Brunswick, GA, closed out the double-digit scoring for the Jets. Green scored 10 points off the bench.

SGT will host their annual Jets Classic on Friday and Saturday, November 16-17. Friday’s game will be against the University of South Carolina Salkahatchie at 7:30 p.m. The Jets will then play Tallahassee Community College on Saturday, November 17, at 3 p.m. After the Jets are done, the Lady Jets will take the floor at the Hanger for a matchup against Central Georgia Technical College. Tip-off for that game is scheduled for 5 p.m.