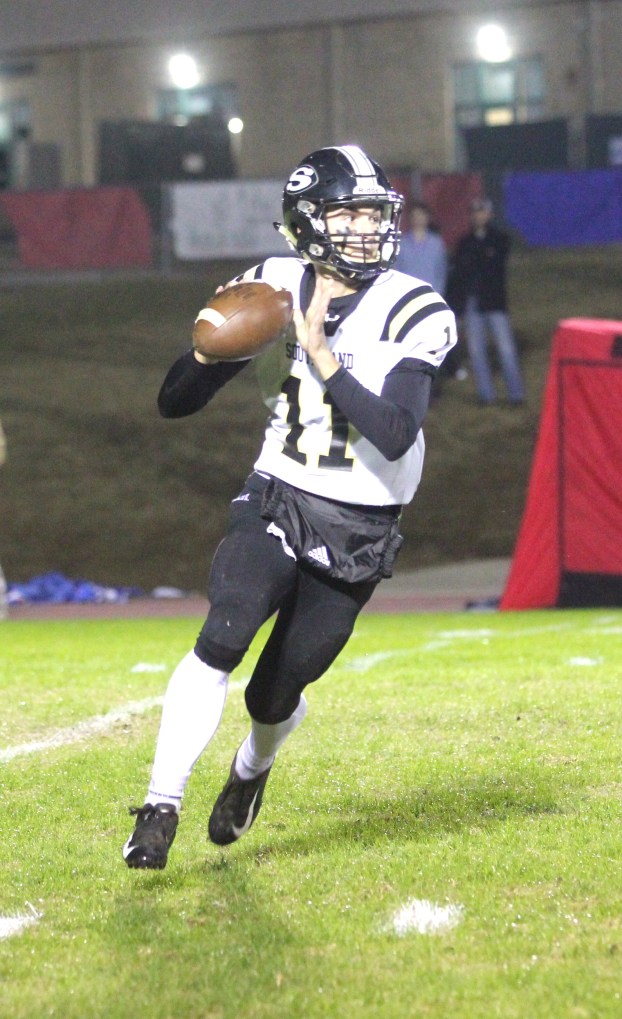 NEWNAN, GA – The Southland Raiders (9-3) traveled up to Newnan, GA with hopes of exacting revenge upon Heritage (Newnan), who defeated them in Americus 15-14 on Friday, September 21. However, the Hawks came from behind in the second half to defeat the Raiders 34-16 in the GISA Class AAA State Playoffs on Friday night, November 16.

The Hawks got on the scoreboard first to take a 6-0 lead with 7:29 to go in the first quarter. The Raiders struck back in the second quarter when running back Parker Weldon scored Southland’s first touchdown. The extra point was no good, but the Raiders had tied the ball game at 6-6. 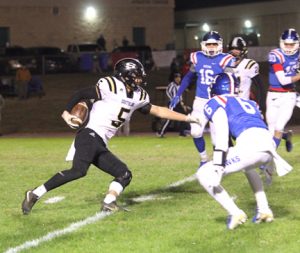 The Raider defense made a big play by forcing a fumble and recovering the ball. Southland took advantage of the turnover when running back Clay Owens scored a touchdown. The extra point by Zane Hines was good, and the Raiders had a 13-6 lead by halftime.

The Hawks scored their second touchdown of the game with 8:49 to go in the third quarter. The extra point attempt was no good, so Southland maintained a 13-12 lead. 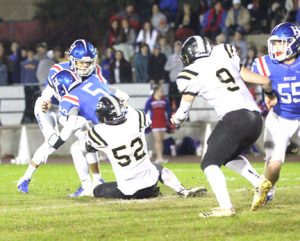 Southland linebacker Hunter McCain (52) makes a tackle in the backfield against Heritage (Newnan). #9 Chandler Studdard attempting to get in on the play.
Photo by Sheri Bass

However, Heritage (Newnan) scored a go-ahead touchdown with 7:52 left in the third quarter. The Hawks decided to go for two and succeeded, giving them a 20-13 lead.

Unfortunately for the Raiders, the Hawks were able to score two more touchdowns in the second half. Zane Hines was able to kick a field goal, but it would not be enough as Heritage (Newnan) won by the score of 34-16. The Hawks (9-2) will continue on in the state playoffs.

For several seniors on Southland’s roster, Friday night’s playoff loss will be the last high school football game they will ever play in, but they have all had tremendous careers as Raiders. Many of them will now focus on basketball, and some will focus on the upcoming wrestling season. Several of them will also get ready for baseball and track in the spring. There is no doubt that the Raiders did the city of Americus and Sumter County proud with their performance on the field in 2018, as well as the class that they showed off of it. It was truly a remarkable season for the white, black and gold.

ELLAVILLE – The Schley County Wildcats (9-2) used the running game as their offensive weapon of choice to jump on... read more