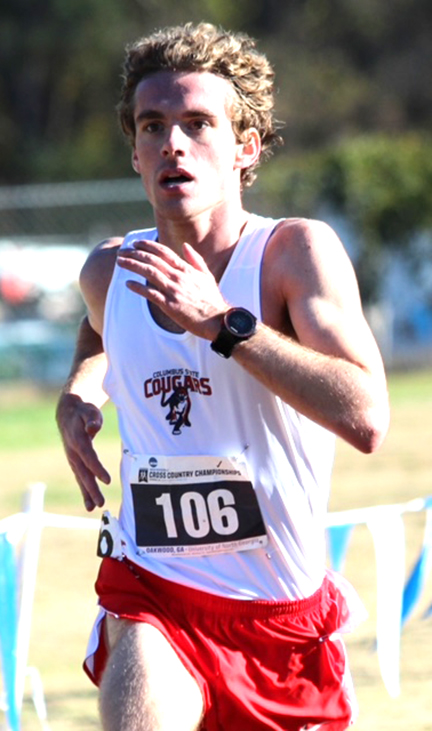 Calhoun, a junior at Columbus State, finished in 10th place at the Peach Belt Conference Championships on Saturday, November 3, with a time of 25:44, leading the CSU Cougars to a fifth-place finish in the PBC, and earning Calhoun All-Conference honors. Calhoun then competed at the NCAA Division II Southeast Regionals. He finished in 13th place and earned All-Southeast NCAA Division II Regional honors for the first time.

Calhoun ran a personal best time of 32:28 over the 10k course. The CSU team finished in ninth place at the regionals. Calhoun has an outside chance of earning an at-large bid to the NCAA Division II Men’s Cross Country National Championships.

After being the top runner on three state championship cross country teams at Southland, Calhoun continues to demonstrate that he knows how to finish a season.

Despite coming from a smaller school, Wright Calhoun has shown that he has the talent, desire and work ethic to compete at the highest levels of the sport.

By Staff Reports   NEWNAN, GA – The Southland Raiders (9-3) traveled up to Newnan, GA with hopes of exacting... read more