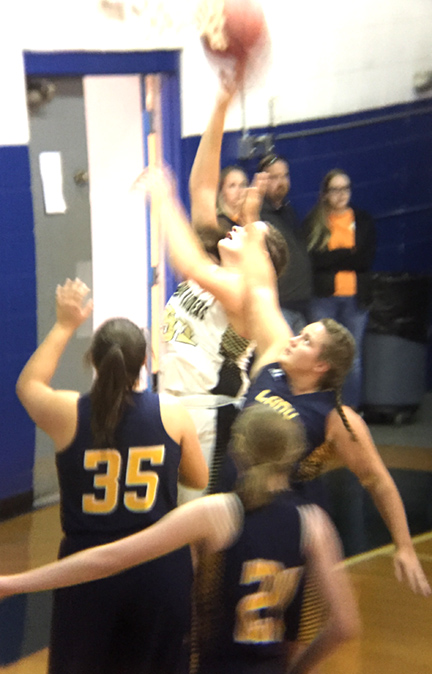 Southland's Holly McCain goes up for a layup against Fullington Academy in the Lady Raiders' 53-15 win. McCain scored 11 points to lead Southland. Photo by Ken Gustafson

DAWSON, GA – The Southland Lady Raider basketball team started off the 2018-19 season in dominating fashion as they took control early and never looked back on their way to a 53-15   thrashing of the Lady Trojans of Fullington Academy at the Tale Tip-Off Tournament on Monday, November 19, at Terrell Academy.

“We knew that we had them out manned a little bit, so we did what we had to do,” Southland Head Coach Ty Kinslow said. “We came out and we shot the ball well, especially for our first time out. Defensively, we played ok, but not our best. There were a lot of breakdowns. We saw some things that we need to work on. It’s a good way to get started. I’m proud of them.”

The Lady Raiders had two players score in double-figures. Holly McCain led Southland with 11 points and Calyn Fort scored 10. Maddie Crisp and Haleigh Warren each scored a total of eight points for the Lady Raiders. For Fullington Academy, they were led in scoring by Grace Musslewhite with 10 points.

Southland’s Maddie Crisp with the ball looking to pass.
Photo by Ken Gustafson

The Lady Raiders jumped out to a 7-0 lead early, then continued their onslaught by increasing their lead to 19-5 by the end of the first quarter. They did this by forcing numerous turnovers and turning them into points. They also did it with outside shooting and strong rebounding on the inside. The Lady Raiders continued their dominating performance on their way to a 41-9 halftime lead. 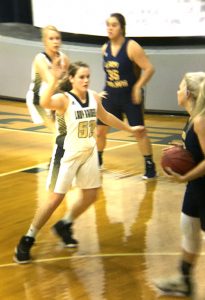 Southland continued to dominate in the second half, although they didn’t score as many points as they had in the first. They continued to work the ball around the perimeter with efficiency, and continued to give maximum effort.

“The number one thing is effort,” Kinslow said. “If the effort is there, then we can improve.” 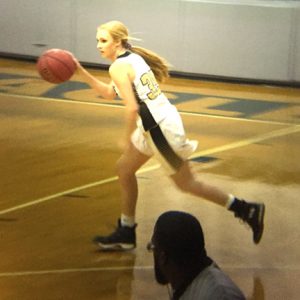 The Lady Raiders (1-0) will play against Abbeville Christian from Abbeville, AL on Tuesday, November 20, in their second game of the Tale Tip-Off Tournament at Terrell Academy. Tip-off is scheduled for 2 p.m.