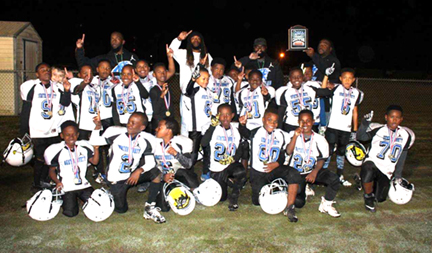 In the 7-8-year-old Division, the Sumter County All-Stars played their tournament down in Tifton, GA. On Tuesday, November 13, they defeated Mitchell County 27-0. That win advanced them to the District 3 Championship Game against Cordele. Incredibly, they defeated Cordele in eight overtimes by the score of 6-0. 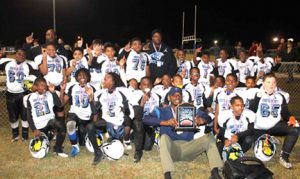 Both teams will compete in the GRPA sectional tournament Saturday, December 1, in Tifton. If they both win, they will play in the sectional finals on Sunday, December 2.