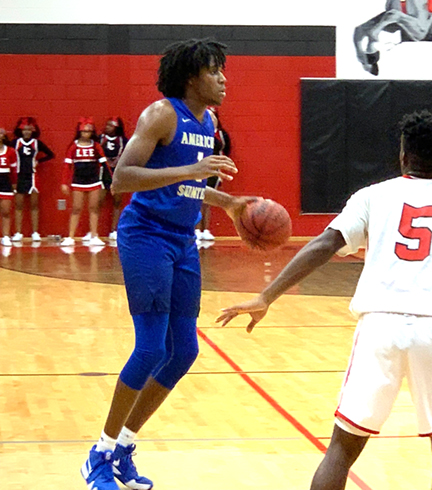 LEESBURG – The ASHS Panthers (4-0, 1-0) used their high-pressure defense and their depth in the second half to overwhelm the Trojans of Lee County and win by a lopsided score of 81-52 on Saturday, December 1, at Lee County High School.

The two teams faced each other in the US Highway 19 rivalry last Saturday, November 23, in Americus. In that game, it was a much closer contest with the Panthers winning 71-63.

What was a close game at halftime turned into a blowout due to a 17-8 run by the Panthers in the third quarter, followed by a fourth quarter which was totally dominated by ASHS. Lee County drops to 3-2 overall on the season. There only losses have come at the hands of the Panthers.

“Part of our strength is our numbers. We are a deep team,” ASHS Head Coach Michael Hoffpauir said. “As long as we keep maintaining defensive pressure, we will wear out other teams in the second half. Most teams have a lot of energy in the first half. In the second half, we wear them down and separate ourselves late in the third quarter and the fourth quarter.”

ASHS small forward Joshua Lusane led the Panthers with 18 points on the night. Two other players were in double-figures for the Panthers. Trae Brown and Jakobe McCuller each scored 11 points. David Sumlin scored eight points. Quevoluia Willoughby scored seven, and both Milton McCoy and Joshua Moore each scored five points in the Panthers’ victory.

The Trojans had three players in double figures. Jeremiah Engram led LC in scoring with 11 points, and both MJ Taylor and Raekwon Thomas each scored 10 points in the loss.

The first half was a back-and-forth affair between both teams. Lusane electrified the ASHS crowd with a two-handed slam, and Quevoluia Willoughby hit a three-pointer. However, the Trojans stayed right with the Panthers in the first quarter as Taylor nailed a three-pointer as well. By the end of the first quarter, ASHS had a 16-13 lead. 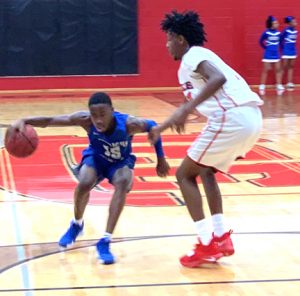 In the second quarter, the Panthers were able to stretch their lead as a result of three shots made from beyond the arc. Lusane, David Sumlin and Jakobe McCuller all hit three-pointers. However, Lee County was able to hit from beyond the arc as well. Taylor, along with Jalen Rawles, knocked down three-pointers in the second quarter. However, the Panthers outscored the Trojans 20-16 in the quarter to take a 36-29 halftime lead. 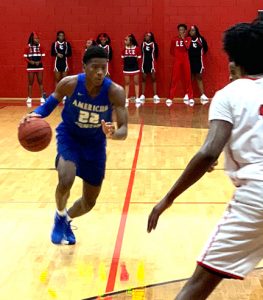 ASHS continued to limit the Trojans’ ability to score in the fourth quarter and maintained a double-digit lead. McCuller hit a three-pointer early in the final quarter. Milton McCoy scored a basket to increase the Panthers’ lead to 61-44 with under six minutes to play. Then McCuller hit another three-pointer to increase the lead to 20. At that point, the rout was on. LC called a timeout with 5:01 to go, but the Panthers had amassed a 68-44 lead. 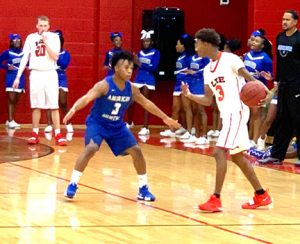 The Panthers continued their man-to-man full-court press. They created two straight turnovers which resulted in baskets. They scored five unanswered points to take a 73-44 lead before Brandon Bush hit two foul shots for the Trojans. ASHS continued their defensive pressure and created a turnover. They were able to score off that turnover on a fast-break layup by McCuller.

With two minutes to go, Bush hit a three-pointer for the Trojans to cut the Panthers’ lead to 75-52. However, it was academic at that point as ASHS went on to win the rematch 81-52.

Up next for the Panthers is a trip to Columbus, GA on Tuesday, December 4, for their second Region 1-AAAA game of the season. They will be taking on the Blue Devils of Columbus High School (0-4, 0-1). Tip-off is scheduled for 7:30 p.m.