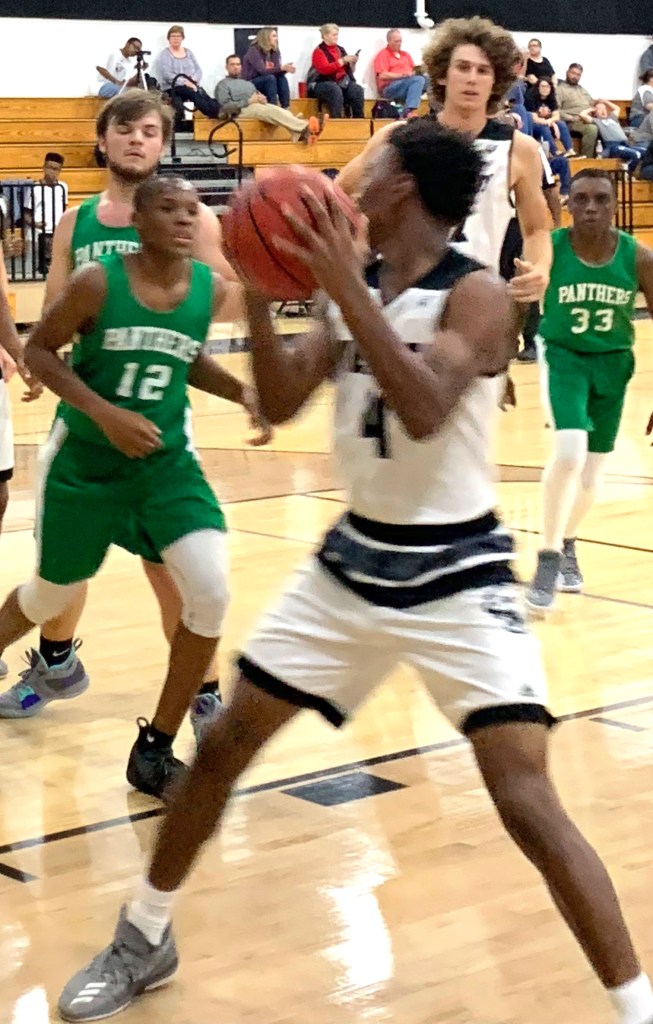 ELLAVILLE – After drubbing Pataula Charter Academy 67-8 on Friday, November 30, the Schley County Wildcat boys’ basketball team (2-1) continued their dominating performance on Saturday afternoon, December 1, when they routed Crawford County 90-63 to win their first Region 4-1A game of the season.

The Wildcats had five players in double-figures. Dylan Taylor led SC with 18 points and Jamyron Clayton had 17. De’onte Cross had 15. Zykevious Walker had 14 and Noah Hammons had 10.

The Wildcats jumped out to a 22-14 lead in the first quarter. The second quarter was more evenly-played, but the Wildcats went into halftime with a 40-35 lead.

Crawford County had three players in double-figures. Travis Lockett led the Eagles with 18 points and Joshua Webb scored 15. Cory Hickson also chipped in 11 points in the losing cause.

The Wildcats will try to continue their winning ways when they host another region opponent, Taylor County, on Tuesday, December 4, at 7:30 p.m.