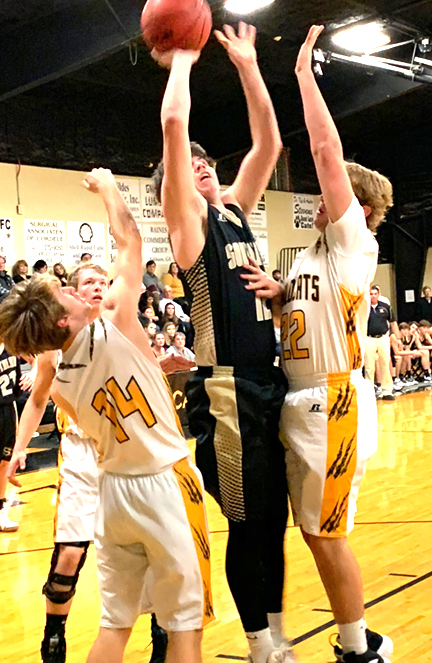 CORDELE, GA – It was an extremely fierce and hard-fought battle between the Raiders of Southland Academy (5-0) and the Wildcats of Crisp Academy, but the Raiders were able to come out on top by the score of 50-32. A key factor in the win was a 13-2 run by the Raiders in the closing minutes of the first half. They were also able to break the full-court press of the Wildcats, which also played a role in the victory.

“We did a good job of making sure we made the correct pass against the press as far as breaking their press was concerned,” Southland head coach Rundy Foster said. “We hit some shots we hadn’t been hitting. Obviously, that helped us on the offensive end.”

The first quarter was an evenly-played quarter with SA leading 10-8 by the quarter’s end, thanks to a basket by Studdard. The Wildcats put full-court pressure on the Raiders, but SA was able to break it and run their offense. However, CA went on an 8-4 run in the second quarter until Luke Law knocked down a three-pointer. Law knocked down another one a minute later, followed by a three-pointer by Studdard. This was part of the 13-2 run by the Raiders to give themselves a 27-20 halftime lead. 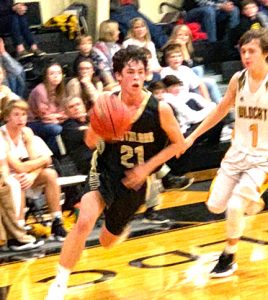 SA outscored the Wildcats 10-4 in the third quarter. Luke Law capped off the quarter by driving to the basket and scoring. He was fouled on the play and made the free throw, giving the Raiders a 37-24 lead at the end of the quarter.

Luke Law’s twin brother, Landon Law, opened the scoring for the Raiders in the fourth quarter.  Foster then knocked down a three-pointer. Just like that, the Raiders had taken a 42-28 lead with a little over 3:30 to play. With three minutes left, James Griffin got a steal, drove to the basket and scored to put the Raiders up 44-30.

The Raider defense was outstanding late in the game as they limited the Wildcats’ ability to score. Both Foster and Luke Law scored baskets to give the Raiders an 18-point lead in the closing minutes. At this point, SA had sealed the 50-32 victory.

The undefeated Raiders will try to maintain their unbeaten streak when they host the Hornets of Westfield on Friday, December 14. Tip-off is scheduled for Friday at 8 p.m.