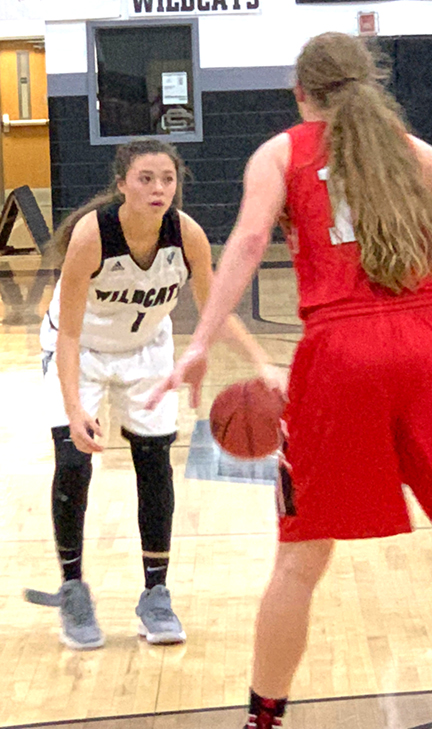 ELLAVILLE – The Schley County girls’ basketball team (8-5, 3-4) struggled from the start against the Marion County Lady Eagles: the #1-ranked team in the state in the GHSA Class A-Public division. MC jumped out to a 20-4 lead by the end of the first quarter and continued to dominate the Lady Wildcats on their way to a 62-33 lopsided victory over SC on Friday, January 4, at Schley County High School.

The undefeated Lady Eagles (12-0, 5-0) jumped out to a 7-0 lead, capped off by a basket from Green. Minter scored the first point of the game for the Lady Wildcats by making one of two free throws. Campbell later scored and was fouled while shooting. Campbell made the free throw, converting the three-point play. However, that would be all the scoring the Lady Wildcats could muster in the first quarter. They struggled to score against the zone defense of the Lady Eagles. MC was taller and stronger on the inside, enabling them to outrebound the Lady Wildcats on both ends of the court. By halftime, SC found themselves down 42-11.

From that point on, the Lady Wildcats outscored the Lady Eagles 19-3, but the hole was too deep to dig out of. MC went on to win 62-33.