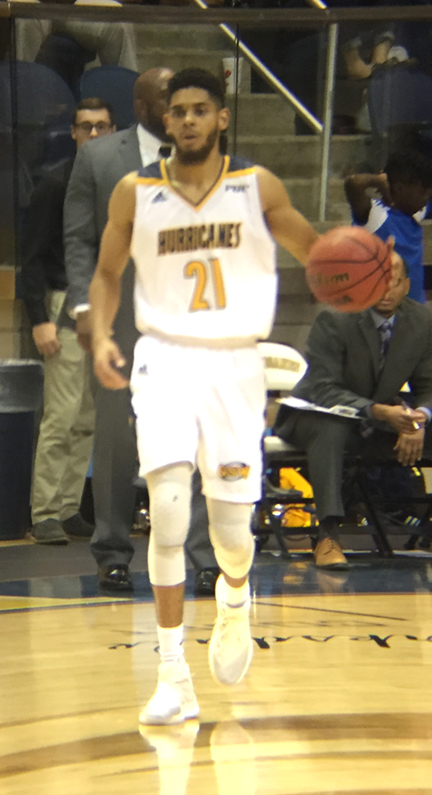 The Hurricanes have now lost 10-straight games and are still winless in the PBC. AU improves to 13-4 overall and 9-2 in the PBC.

GSW senior guard Devin Watson led the Hurricanes with 12 points on 4 of 8 shooting. Watson made 3 of 4 shots from the three-point line, dished out two assists and had three steals.

Senior guard R.J. Sessions was also in double-figures. Sessions scored 12 points on 4 of 8 shooting. He made 2 of 3 three-pointers and shot 2 for 2 from the foul line. Sessions also tallied one assist and one steal in the ball game.

The Jaguars shot 26 of 52 from the field (50 percent) and hit 4 of 10 shots from beyond the arc (40 percent). One of the main factors in the outcome was that the Jaguars got to the foul line eight more times than did the Hurricanes. AU hit 20 of 22 foul shots, shooting 90.9 percent. The rebounding margin was fairly close, but the Jaguars had a slight edge as they outrebounded the Hurricanes 32-27. The Hurricanes actually turned the ball over 10 times compared to the Jaguars’ 14 turnovers.

The first half was an evenly-played half between both teams, but the Jaguars went into halftime leading 37-31. It was even closer in the second half, with AU outscoring the Hurricanes 39-36.

The Jaguars had four players in double-figures. Rafael Monteiro led all scorers with 25 points on 11 of 12 shooting. Miguel Arnold scored 14 points on 4 of 7 shooting. Arnold also knocked down 2 of 3 shots from behind the arc and was a perfect 4 for 4 from the foul line. Deane Williams scored 12 points for AU and Tyree Myers scored 11 points and grabbed six rebounds to round out the double-digit scoring for the Jaguars.

The Hurricanes will try again to stop their 10-game losing streak when they travel to Morrow, GA on Wednesday, January 30, to take on PBC opponent Clayton State (5-12, 2-9 PBC). Tip-off is scheduled for 7:30 p.m.