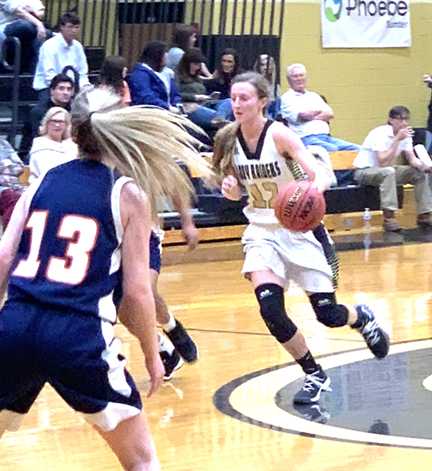 AMERICUS – It was a perfect finish to a perfect evening at Southland Academy (SA) on Tuesday, January 29. It was Senior Night at SA. It was a time to honor the seniors of the boys’ and girls’ basketball teams, as well as the senior cheerleaders and those on the SA wrestling team for their efforts they have given these last four years.

The Southland Lady Raiders got the night off to a great start with a 35-27 win over Deerfield-Windsor (DWS). The boys followed that up with a thrilling 62-61 overtime victory over the Knights on a game-winning three-pointer by Owen Exley with six seconds left.

All of this took place on a glorious Southland Academy Senior Night on Tuesday, January 29, at SA.

As for the guys, they pulled out a memorable 62-61 overtime victory over DWS on the strength of Owen Exley’s three-pointer with six seconds left. 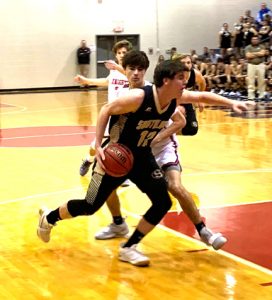 Senior forward Chandler Studdard went out with a bang as he poured in 19 points to lead the Raiders in scoring. Studdard wasn’t the only one in double-figures. Two other Raiders posted double-digit scoring numbers. Exley scored 18 points, including the game-winning three-pointer. Not to be outdone, Max Foster was also in the double-digit scoring column. Foster scored 15 points to help send Studdard, along with fellow seniors Bennett Carey and Gabe Roland, out on a winning note.

The SA boys’ basketball team will play Valwood on Tuesday, February 5, in a region play-in game. This is for the right to go to the GISA Region 3-AAA Tournament as the #4 seed. The play-in game will be played at Tiftarea Academy in Chula, GA. Tip-off is scheduled for 6:30 p.m. The Lady Raiders enter the Region 3-AAA Tournament as the #1 seed. They will play the #4 seed, which is yet to be determined, on Thursday, February 7, at the GSW Storm Dome.