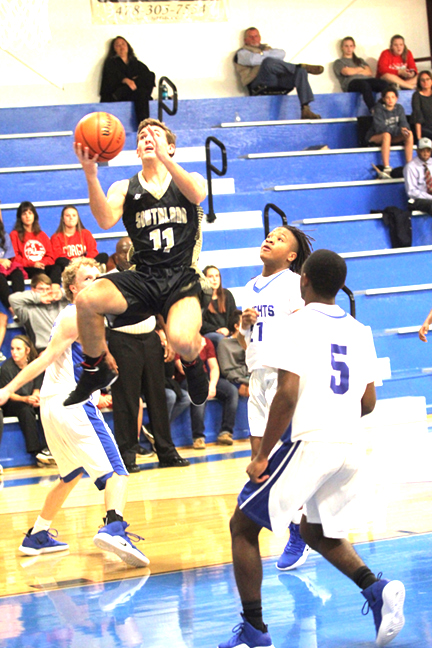 Both Raiders and Lady Raiders fall at Brookwood

THOMASVILLE, GA – After a tremendous Senior Night on Tuesday, January 29, both the Southland Academy Raider and Lady Raider basketball teams were hoping to close out the regular season on a positive note leading into the postseason when they traveled down to Thomasville on Friday, February 1, to take on the Warriors and Lady Warriors of Brookwood. Unfortunately, both teams came up short. The Lady Raiders fell 47-39 and the Raiders found themselves on the opposite side of overtime, losing in overtime to the Warriors 60-56.

The Raiders were coming off a thrilling 62-61 overtime win against Deerfield-Windsor on Senior Night at Southland Academy (SA).

The Raiders will play in a Region 3-AAA play-in game against Valwood on Tuesday, February 5, at Tiftarea Academy in Chula, GA. The winner of this game will advance to the GISA Region 3-AAA Tournament as the #4 seed. The tournament will be played at the GSW Storm Dome Thursday through Saturday, February 7-9. Tip-off time for the play-in game against Valwood at Tiftarea Academy is scheduled for 6:30 p.m.

As for the Lady Raiders, they have already secured a spot in the GISA Region 3-AAA Tournament as the #1 seed, having finished the regular season at the top of the region standings. They will play the #4 seed on Thursday, February 7, at the GSW Storm Dome. The #4 seed has yet to be determined. Tip-off for the Lady Raiders’ first-round game on Thursday is scheduled for 7:30 p.m.

AMERICUS – The Lady Panthers of Americus-Sumter played much better on Senior Night against the Hardaway Lady Hawks than they... read more