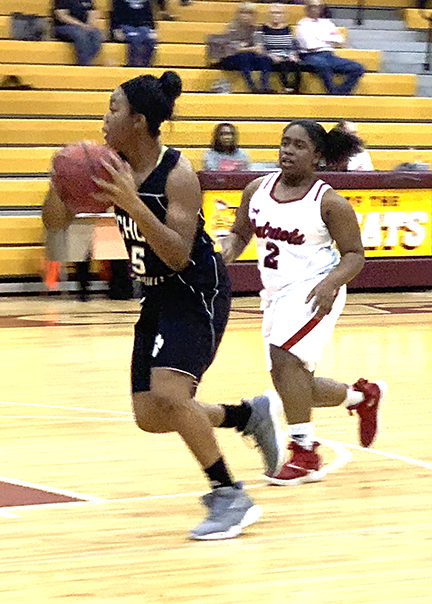 VIENNA, GA – After a thrilling 58-53 overtime victory over Crawford County in the first round of the Region 4-A Tournament on Tuesday, February 5, the Schley County Lady Wildcat basketball team (SCHS) tried their very best against one of the best teams in the state: the Lady Patriots of Greenville High School (GHS). However, The Lady Patriots set the tone early and enforced their will on the game, winning 70-46 in the Region 4-A Tournament on Thursday, February 7, at Dooly County High School.

With the loss, the 2018-19 season comes to an end for SCHS. The Lady Wildcats finished the season with an overall record of 14-10. Greenville, ranked #6 in the state in the GHSA Class A-Public Division, improves to 23-2.

Dasani Minter led SCHS in scoring with 16 points and Berkley Goodin chipped in nine. Both Patience Solomon and Emily Campbell each scored seven points in the losing cause. 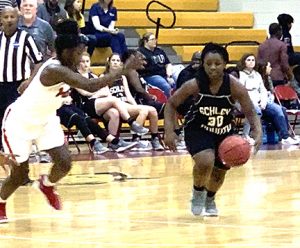 The Lady Patriots came into this game with an overall record of 22-2. They were led in scoring by Amanda Ogletree and JaBrica Leslie, who each scored 16 points. Her sister, Shabrica Leslie, was also in double-figures for GHS. She scored 13 points.

The Patriots jumped out to a 19-7 lead in the first quarter and expanded their lead to 22-7 in the second quarter on a three-pointer by Nuriyah Slaton.

However, the Lady Wildcats went on a 7-2 run with the help of a three-pointer by Campbell and four points by Goodin to close the gap at 25-14.

Minter led the Lady Wildcats in the first half with 11 points. For the Lady Patriots, they were led in first-half scoring by Ogletree with 10 points.

Through much of the first half, the Lady Wildcats struggled with the high-pressure defense of GHS and committed several turnovers. 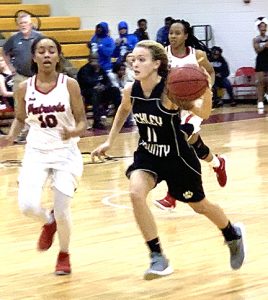 Things didn’t start well for SCHS to start the second half. The Lady Patriots went on a 7-2 run to begin the third quarter until Minter scored to make it 46-22 GHS.

Minter scored again after the Lady Wildcats were able to break the Lady Patriots’ full-court press. Then Goodin nailed a three-pointer to pull the Lady Wildcats to within 19 at 46-27. This prompted GHS head coach Waqueisha Tenney to call a timeout with 4:46 left in the third quarter.

However, Camille Godfrey drained a three-pointer to put the Lady Patriots up by 22 at 49-27.

GHS continued to apply full-court pressure to the Wildcats and forced more turnovers. By the 2:52 mark, GHS had a 51-27 lead. Solomon was fouled and made one of two free throws for SCHS. Solomon then scored on a layup to cut the Lady Patriots’ lead to 51-30. Solomon scored two more baskets for the Lady Wildcats, and by the end of the third quarter, SCHS trailed 56-36. They weren’t able to cut into the double-digit lead of GHS, but the Lady Wildcats managed to keep from falling further behind during the third quarter.