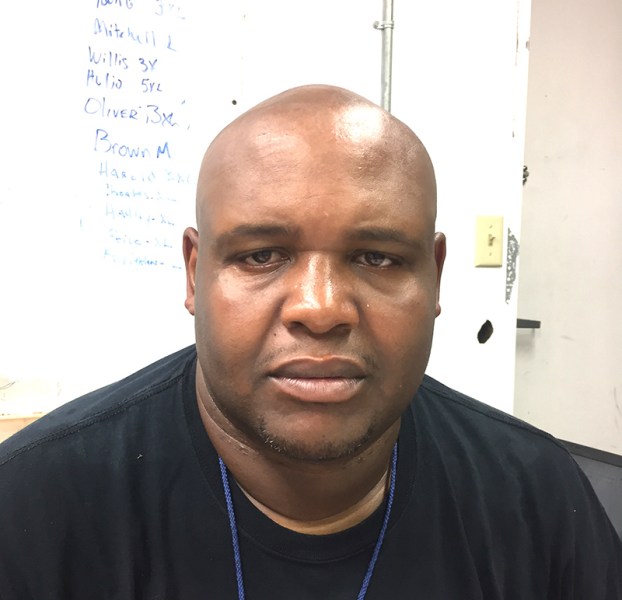 Americus-Sumter head football coach Larry Harold has decided to resign his position as head coach of the Panthers to take a job as an assistant football coach at Kent State University. Photo by Ken Gustafson

AMERICUS — After just one season as the head football coach at Americus-Sumter High School (ASHS), Larry Harold has decided to resign his position as head coach to take a job as an assistant football coach at Kent State University in Kent, OH.

In Harold’s only season as the ASHS head football coach (2018), the Panthers finished with an overall record of 3-7 and a Region 1-AAA record of 3-5.

So far, two of Harold’s former players, wide receiver Montrellis Wilson and middle linebacker Michael Flemming, have both signed football scholarships to play at Mesabi Range Junior College in Virginia, MN. Both players signed the letters of intent on National Signing Day, which was on Wednesday, February 6. 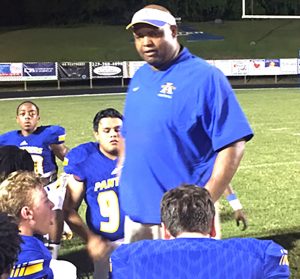 Americus-Sumter head football coach Larry Harold addressing his team after a win during the 2018 season. Harold resigned as head coach of the Panthers on Thursday, February 14.
Photo by Ken Gustafson

Before coming to Americus, Harold was the head coach at Macon County High School in Montezuma, where he coached former University of Georgia All-American and current Chicago Bears linebacker Roquan Smith.

Kent State is an NCAA Division 1 football program and is in the Football Bowl Subdivision (FBS), formerly known as Division 1-A. The Golden Flashes are members of the Mid-America Conference (MAC).