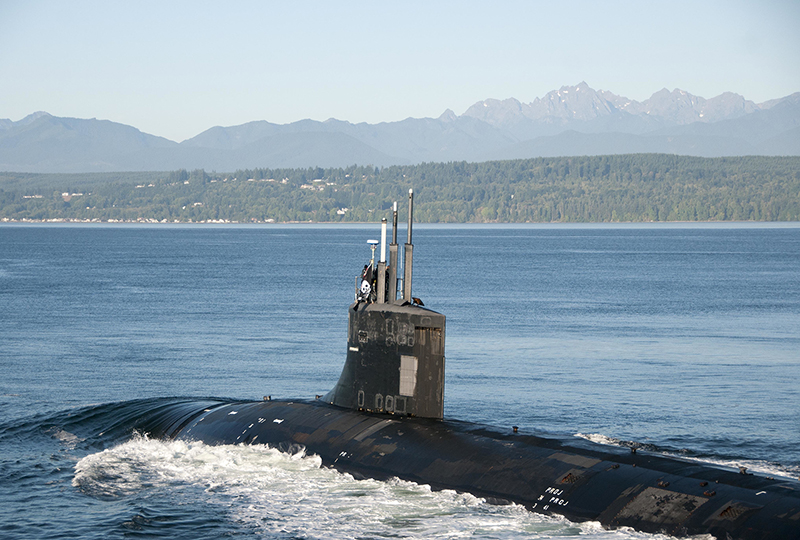 PUGET SOUND, Wash. — The Seawolf-class fast-attack submarine USS Jimmy Carter (SSN 23) transits the Hood Canal during its voyage home to Naval Base Kitsap-Bangor in 2017. Jimmy Carter is the last and most advanced of the Seawolf-class attack submarines, which are all homeported at Naval Base Kitsap-Bangor. The US Navy has a long history of naming ships after Presidents of the United States and currently has 11 active ships bearing the name of a past Commander-In-Chief. With Monday being Presidents’ Day, it is appropriate to recognize the USS Jimmy Carter named to honor the 39th President of he United States, who lives in Plains.