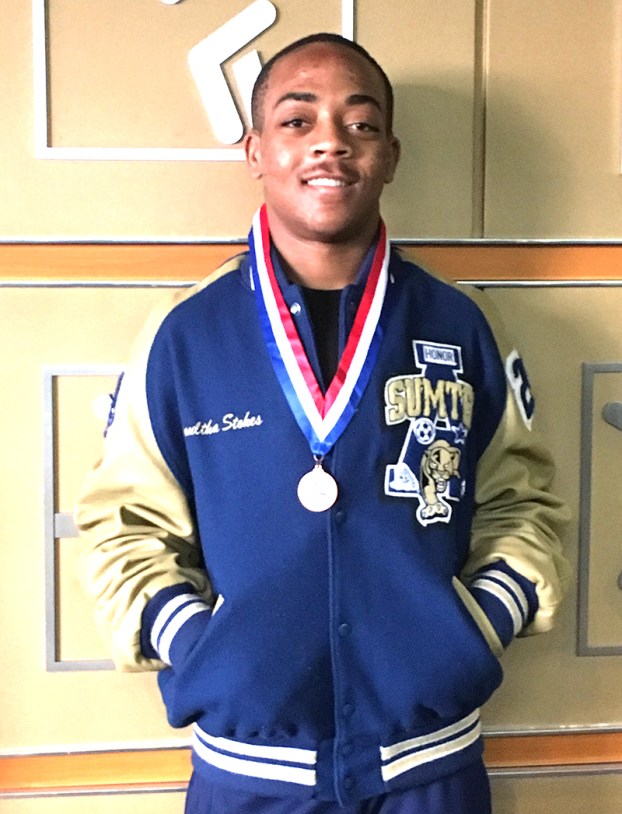 Stokes began his quest for a state title by beating Tyler Robinson from Central (Carrollton) on a pin, but got pinned by Joel Faglier of Cross Creek. That put Stokes in the losers bracket. The best finish he could hope for was third place. 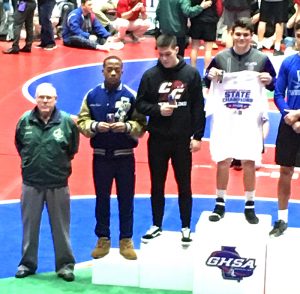 However, Stokes rebounded by beating Shandre Hurst of Cartersville 12-5. Stokes followed that accomplishment by beating Marcellus Bankston of Columbus 7-5.

Unfortunately for Stokes, he was pinned by Jamarey Hull of NW Whitfield.

However, Stokes didn’t let that setback discourage him. He rebounded like a champion to defeat Gavin Bloom of North Oconee 11-3 to win fifth place in the 170-lb. weight class.