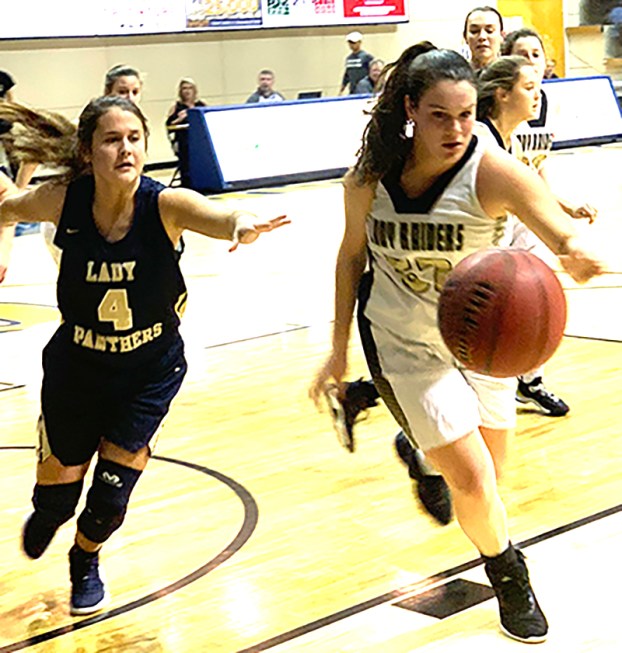 Southland Academy forward Holly McCain chasing down a loose ball during the region tournament against Tiftarea Academy. McCain scored 16 points to lead the Lady Raiders past Augusta Prep in the quarterfinals of the state tournament. ATR Archive

As a result, the Lady Raiders will be playing in the state semifinals at a very familiar place: the GSW Storm Dome at Georgia Southwestern State University. It is safe to say that SA will have a distinct home-court advantage when they tip off against Holy Spirit Prep on Thursday, February 21. 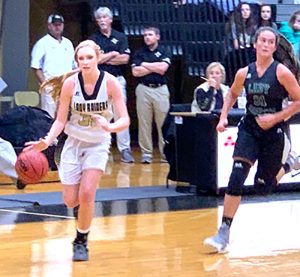 Most teams who advance this far in the tournament have to fight through difficulties along the way. The same was true for the Lady Raiders.

“We had early foul trouble and had to fight through some adversity for a hard-fought win,” SA head coach Ty Kinslow said. “I’m proud of the girls for hanging tough and making it to the Final Four. We are excited to be coming home to play in the Storm Dome in front of our loyal fans who have been following us all year.” 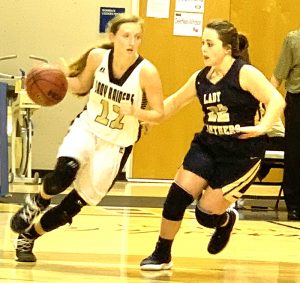 The Lady Raiders got the job done at the free throw line as well. They made 8 of 10 foul shots for the game.

Should the Lady Raiders win their semifinal game, they will be playing for SA’s first state championship in girls’ basketball since the 1985-86 season.

SA will take on Holy Spirit Prep in the second of the two girls’ state semifinal games on Thursday, February 21, at the GSW Storm Dome. Tip-off is scheduled for 8 p.m.

AMERICUS – With 7:06 to go in the game, the Georgia Southwestern State University women’s basketball team had a 62-51... read more