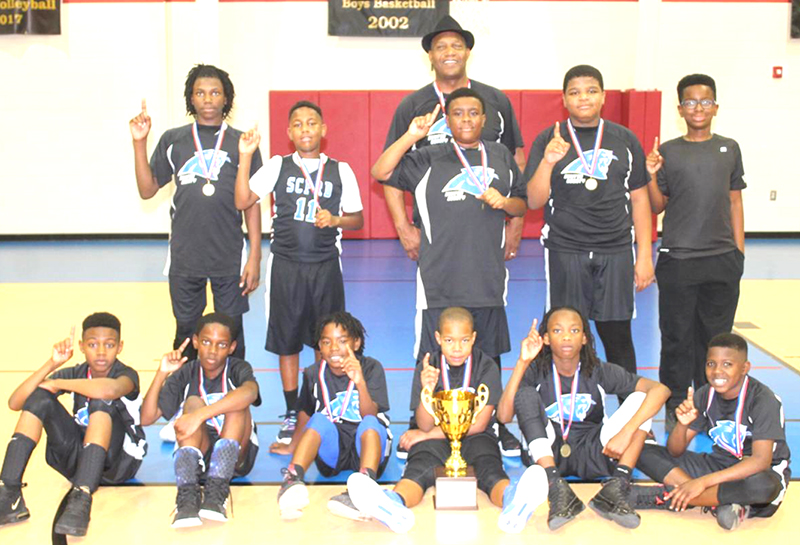 The Sumter County 10u All-Star boys’ basketball team posing with their state championship trophy after they beat the Calhoun 10u All-Stars to win the GRPA 10u State Championship. Submitted Photo 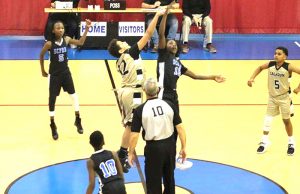 The Sumter County 10u All-Stars competing in the GRPA State Tournament. They won four games to win the state title.
Submitted Photo

SC began their championship run when they defeated Habersham County 65-22 on Friday, March 1. On Saturday, they found themselves three wins away from a state title. They got the first win against Baldwin 56-34. They followed that up with a win over Dublin 56-24 in the state semifinals. This put them in the championship game against Calhoun. However, SC had no trouble with the Calhoun team, trouncing them 65-32 to win the state championship.

According to SC 10u All-Stars head coach Dwight Harris, not only did the boys learn lessons from him, he learned some lessons from them as well.

“These boys worked uncommonly hard on a daily basis,” Harris said. “Basketball wasn’t only practiced. The boys were taught to take care of each other on and off the court. They believe in one for one and all for all. They now know that a loser never wins and a winner never quits! These boys are worthy to be state champions. I coached them, but they also coached me. I’m appreciative! I also want to thank the parents of these boys. They were stellar.”