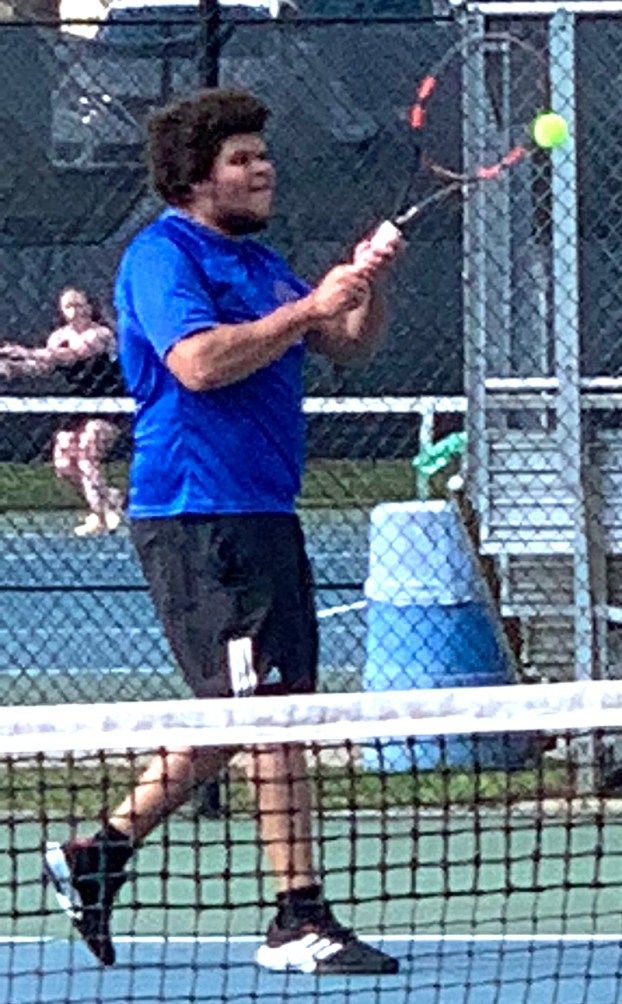 AMERICUS – Both the Americus-Sumter girls and boys tennis teams earned hard-fought victories over the Patriots and Lady Patriots of Westover on Thursday, March 20, at Americus-Sumter High School.

The Lady Panthers took out WHS 4-1. The boys’ team had a more difficult time, but was able to earn a 3-2 victory.

With the win, the ASHS boys’ team stays in second place in the Region 1-AAAA standings. The ASHS girls remain in fourth place. 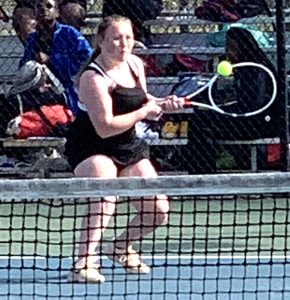 However, in girls’ doubles competition, the ASHS duo of Hannah Martinez/Taylor Garcia defeated Jada Jenkins/Ariana Drake 6-0, 6-2. In the other girls’ doubles match, the Lady Panther team of Israel Broomfield/Courtney Dew defeated the WHS duo of Valencia Hall/Sha’camryn Malone. Martinez and Garcia won the first set 6-2, but had to earn victory by winning a tiebreaker in the second set by the score of 7-4. 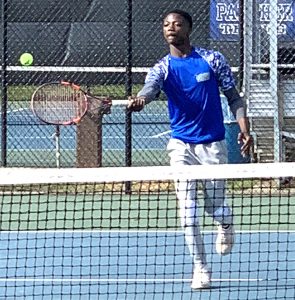 Keldrick Flemming fell to the Patriots’ No. 3 player, Nathan Guerra, 4-6 in the first set and lost a tiebreaker in the second set 6-8.

However, the doubles competition would save the Panthers on this day. The duo of Chris Wooden/Aaron Lewis defeated Andrew Dodd/Kee’won Mathis. Wooden and Lewis won the first set 6-1, but lost the second set 5-7. However, Wooden and Lewis prevailed in the tiebreaking set 10-4 to earn their win. 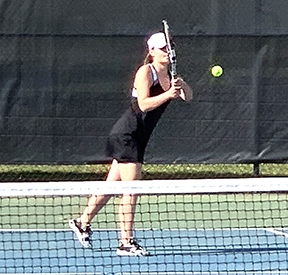 At this point, the boys’ match was tied at 2-2. It would be up to the ASHS doubles team of Chandler Reddix/James Ndaayezwi to win their match against Cody Butler/Derrick Cade. They did just that by beating the WHS duo 6-3, 6-4 to win their match and secure victory for the Panthers.

Both the ASHS boys and girls teams resume play when they travel to Hawkinsville, GA to take on the Red Devils of Hawkinsville on Monday, March 25. The matches begin at 3:30 p.m.