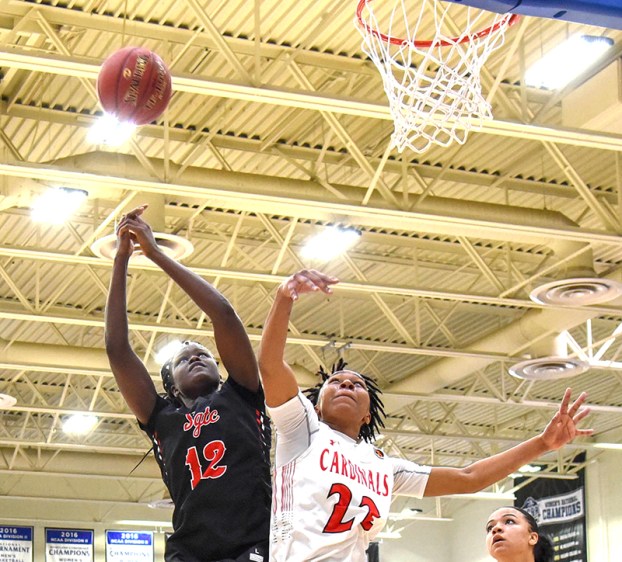 The Lady Jets end their season with a record of 30-4.

It was a tough draw for the Lady Jets. TVCC was ranked as high as No. 4 in the nation in the NJCAA Division 1 Top 25 poll, while SGTC was ranked 20th.

“We didn’t do much of what we knew we had to do,” SGTC head coach James Frey said. “We worked on being where we were supposed to be, but for whatever reason today, we just weren’t there.”

The pressure defense of TVCC, along with their fast-paced offense, forced SGTC into making mistakes and missing shots throughout the game.

Despite the outcome, the game started out evenly matched. SGTC scored 11 points in the first quarter. However, the Lady Jets got into foul trouble, resulting in the Lady Cardinals taking 10 free throws in the quarter. TVCC built a nine-point lead at one point. 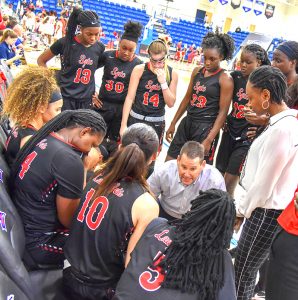 It got worse for SGTC in the second quarter. The Lady Cardinals built a 43-21 lead by halftime. In the third quarter, SGTC tried to get back in it and looked as if they might do that, as there was an early momentum swing in their favor. The Lady Jets outscored TVCC 20-12 to cut the deficit to 14 points.

However, it was short lived as the Lady Cardinals regained the momentum. TVCC went on to win and will face Shelton State in the Sweet 16.

“It’s just one of those things. The ball didn’t bounce for the Lady Jets today,” Frey said. “I’ve got a great group of sophomores. We’ve won 59 games together in two years. I couldn’t be more proud of them. I hate it for them that it ended today, but at the end of the day, I want them to hold their heads high.”

In spite of the early exit, the Lady Jets had a fantastic season. They finished 30-4 and went undefeated in Region XVII conference play (18-0). The Lady Jets have earned three straight trips to the NJCAA Division 1 National Tournament. That is the first time in program history that a team has made it to the national tournament three years in a row.

Pouye will continue her education and basketball career at the University of Illinois. Bigue Sarr will go to Oklahoma State, and Ricka Jackson will return to Lubbock, TX to play for the Lady Red Raiders of Texas Tech University.

AMERICUS – Both the Americus-Sumter girls and boys tennis teams earned hard-fought victories over the Patriots and Lady Patriots of... read more