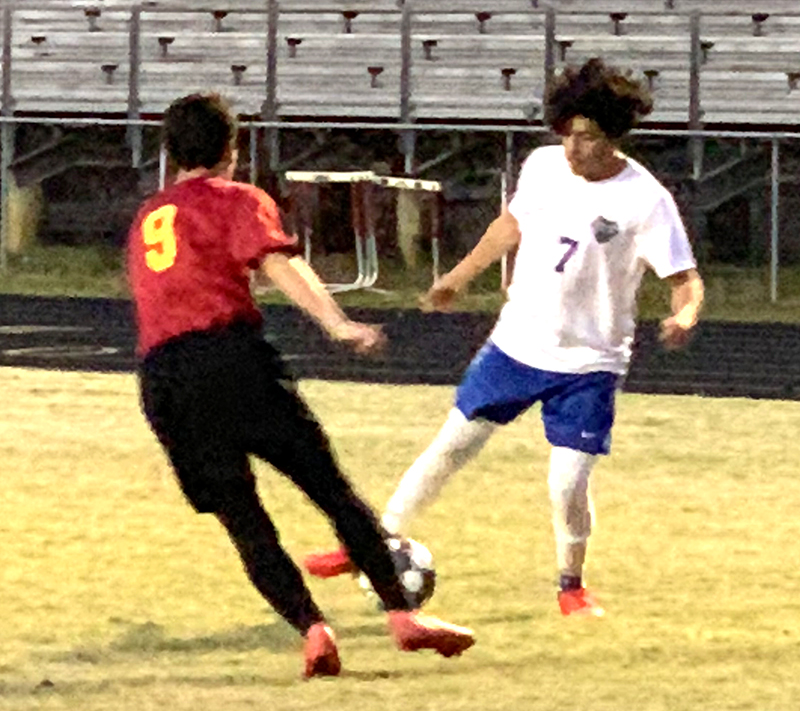 VIENNA – It was a hard-fought and very physical match between the Americus-Sumter boys’ soccer team and Dooly County, but thanks to two second-half goals by Victors Rodriguez and Chidery Agbasi, the Panthers were able to come out on top 3-2 on Tuesday, March 26, at Dooly County High School (DC).

ASHS head coach Felix Jimenez was extremely pleased with his side’s performance in light of the fact that they had suffered a 3-1 Region 1-AAAA loss at Cairo the day before. “The team looked a little tired today, especially in the first half because we played a region game yesterday at Cairo. We were trying to take it a little easy today. We were able to get the win. That gives us incentive and improves the spirit of the team.”

From start to finish, both teams were scrappy and played extremely hard. Early in the first half, however, the Panthers struggled to move the ball into the attacking third of the field due to the high pressure put on by the Bobcats. This would result in DC getting the first goal of the match. In the 19th minute, Abel Vega scored on a header off a DC corner kick to give the Bobcats a 1-0 lead. After that goal, the Panthers began to send “long balls” over the top of the DC defense to on-running forwards to try to get an equalizer. In the 25th minute, the Panthers finally got the equalizer when Montavious Nedd took a shot that beat the DC goalkeeper, tying the score at 1-1. Neither team was able to score a go-ahead goal in the first half, and both teams went into halftime tied at 1-1. 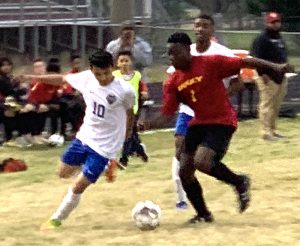 The game continued to be a very physical affair, so much so that referees issued yellow cards to players of both teams. At one point in the second half, things got chippy between both teams. ASHS midfielder David Ovando was fouled from behind by DC’s Aaron Gonzalez. Ovando retaliated by pushing Gonzalez and a minor skirmish began. Both players were issued yellow cards and the referees were able to get both teams to settle down so play could resume.

In the 59th minute, the Panthers took the lead when midfielder/forward Victors Rodriguez took a shot on goal and scored. The Panthers added to their lead later in the second half when forward Chidery Agbasi scored on a shot from at least 20 yards out. Agbasi nearly scored again a couple of minutes later, but his shot went wide. From then on, the Panthers seemed to have the game in hand until close to the end. With 1:41 left in the match, the Bobcats got a goal by Guillermo DeLuna to bring DC to within one goal of tying the match. However, the Panthers were able to hold on and win 3-2.

The Panthers’ next game will be on Friday, April 5, when they travel to Cordele to take on Crisp County. Kickoff is scheduled for 7:30 p.m.

The Americus-Sumter girls’ soccer team tied the Lady Bobcats of Dooly County 2-2 in a hard-fought match. Emily Jimenez and Kristin Wooden scored the two goals for the Lady Panthers. ASHS will take on Crisp County in Cordele on Friday, April 5. Kickoff is scheduled for 5:30 p.m.