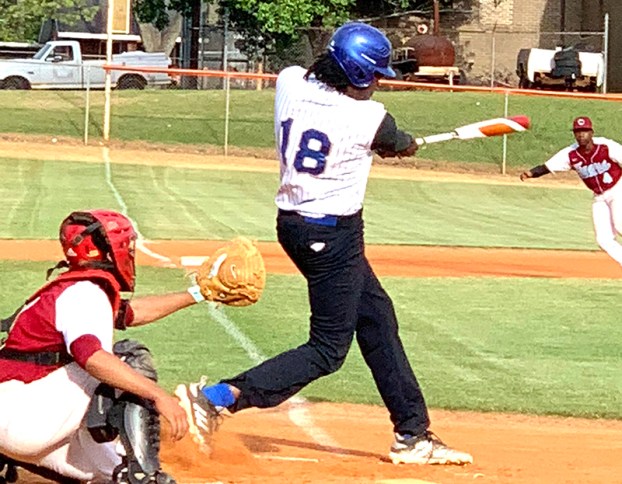 Americus-Sumter third baseman Joshua Lusane belts a triple in the second inning to drive in a run. Photo by Ken Gustafson

AMERICUS – It has been a long and difficult season for the Americus-Sumter baseball team. However, the Panthers were able to win their third game of the season by scoring seven runs in the bottom of the fourth inning to beat Carver (Columbus) 13-3 on Monday, April 1, at Thomas Bell Stadium.

ASHS second baseman Kylen Carter went 2-for-4 at the plate, scored a run and drove in two more to lead the Panthers’ offensive attack. In spite of the difficulties this season, ASHS head coach Brandon Mitchell is extremely pleased with the improvement his squad has made. “We’re improving. Every day, we’re working to get better and we’re getting closer as a team,” Mitchell said. “I’m so proud of my guys. Our on-base percentage is improving. Our hitting is improving. Our pitching is improving. Kylen Carter was our hitting MVP today. We’ve been working on his bunts and he really came through for us to help win the game. KJ Harvey did a tremendous job of pitching. I’m so proud of the guys.”

Harvey pitched five innings as the starter for the Panthers. He gave up three runs on five hits. Two of those runs were earned. He walked one batter, but struck out seven to help lead ASHS to victory. Catcher Tyler Hilliard also had a good day at the plate for the Panthers. Hilliard went 2-for-3, scored a run and drove in another. Joshua Lusane also came through on the offensive end. Lusane went 2-for-2 with a triple and a single, scored three runs and drove in two RBIs. 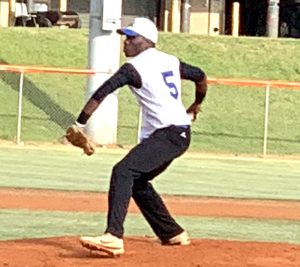 Americus-Sumter pitcher KJ Harvey struck out seven batters to lead the Panthers to a 13-3 victory over Carver (Columbus).
Photo by Ken Gustafson

The Tigers scored two runs in the top of the first, but the Panthers responded with two runs of their own in the bottom half of the inning. ASHS took advantage of an error and a wild pitch by the Tigers in the bottom of the second. Terrende Rush reached on the error by the CC shortstop. Lusane then belted a triple, scoring Rush to give the Panthers a 3-2 lead. Lusane then scored on a wild pitch to increase the Panthers’ lead to 4-2.

Harvey continued to pitch well throughout the game and was able to hold the Tigers’ offense in check. CC scored one run in the top of the fourth inning. However, the Panthers exploded for seven runs on three hits in the bottom of the fourth. They were able to take advantage of three walks, numerous wild pitches and an error to score those seven runs. ASHS was able to close out the game in the bottom of the fifth inning. Lusane led off the inning with a walk, but reached second base on an error. Montel Reid then drew a walk, followed by a single by Carter. The Panthers were able to score three more runs with the help of a wild pitch and two passed balls committed by the Tigers. That ended the ball game as it was run ruled. 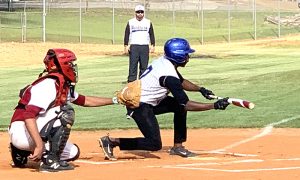 With the win, the Panthers improve their overall record to 3-11 on the season and are 3-7 in Region 1-AAAA play. They will try to put another game in the win column when they travel to Albany to take on Westover at the Paul Eammes Sports Complex on Thursday, April 4. First pitch is scheduled for 5:30 p.m.

This past Saturday, I went to the Sumter County Parks and Recreation Department’s opening day for youth baseball to take... read more