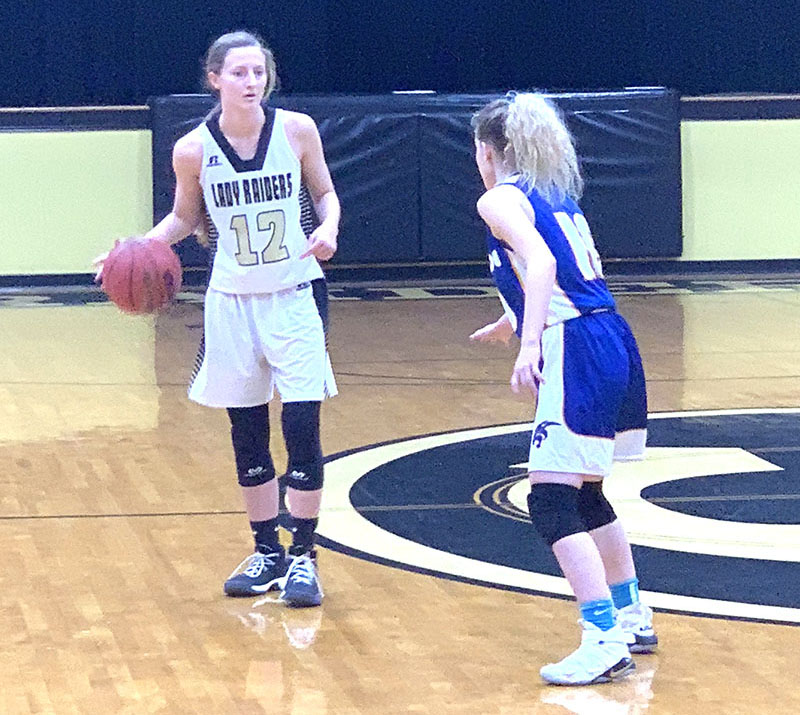 AMERICUS – Overall, it was a banner year for high school basketball at all three of our area high schools. Of course, the year was headlined by the historic achievement of the Americus-Sumter boys’ basketball team reaching the state finals, something that hadn’t happened since 1961. Though the team fell short in the state championship game, it was still a fantastic season for the Panthers.

Coming into the 2018-19 season, the ASHS Lady Panthers were coming off a year in which they reached the state semifinals (2017-18). They lost a lot of leadership when they lost sisters Jykiera and Tykiera Long, as well as Shadaja Johnson, but they returned most of their returning starters, as well as some freshmen that made an impact. They didn’t do nearly as well as they did the year before, going 11-15 this past season. However, the young talent that is returning will only improve, which bodes well for the Lady Panthers in the future.

The Southland Academy girls’ basketball team had a tremendous season this year. They finished with a record of 21-5 and made it all the way to the Georgia Independent School Association (GISA) Class AAA State Semifinals. That was the first time an SA girls’ team had advanced that far since the 1985-86 season.

The SA boys’ team also had a good season, as they finished at 14-10. They lost in the first round of the state playoffs to eventual state runners-up Holy Spirit Prep, but the Raiders had some good performances by several players throughout the season.

The 2018-19 Schley County boys’ basketball team had a solid season at 15-11. The Wildcats qualified for the Class A-Public State Tournament and very nearly advanced to the second round, losing to Clinch County 53-52.

The Schley County girls’ team also had a solid season, finishing with an overall record of 14-10. The Lady Wildcats were much improved from the year before, having gone 7-17 during the 2017-18 campaign.

Without further delay, here are this year’s Players of the Year and All-Area Teams: We’ll start with the girls first.

Though she didn’t have a scoring or rebounding average that was in double-figures, Southland Academy senior point guard Sydney Payne was clearly the leader and the catalyst that made the Lady Raiders’ engine go. Her skills as a floor general were indispensible as she helped lead the Lady Raiders to a 21-5 season and an appearance in the Georgia Independent School Association (GISA) Class AAA Final Four. Payne averaged nine points per game, three rounds per game, two assists per game and two steals per game. However, her steady floor leadership was impressive enough to make her the Americus Times-Recorder girls’ basketball Player of the ‘Year. 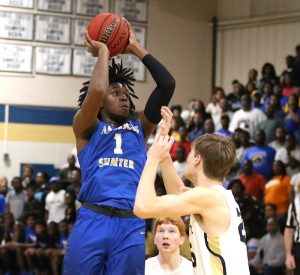 Americus-Sumter senior forward Joshua Lusane has been named the Americus Times-Recorder Boys’ Basketball Player of the Year for the 2018-19 season.
ATR Archive

This one was not too hard to figure out. Americus-Sumter senior forward Joshua Lusane was clearly the most talented player and had the most impact of any player in Sumter County or surrounding areas. Lusane led ASHS to its first state championship game appearance in 56 years. He obviously didn’t do it alone, but his presence on the floor, along with his production, made him a crucial factor in the Panthers’ success. Lusane averaged 17.3 points per game and 8 rebounds per game. He nearly averaged a double-double every game for ASHS. He also averaged 2.5 assists per game, 2.3 steals per game and 1.5 blocks per game. These stats, along with the impact he had in the Panthers’ success this year, make Joshua Lusane the undisputed Americus Times-Recorder Boys’ Basketball Player of the Year.