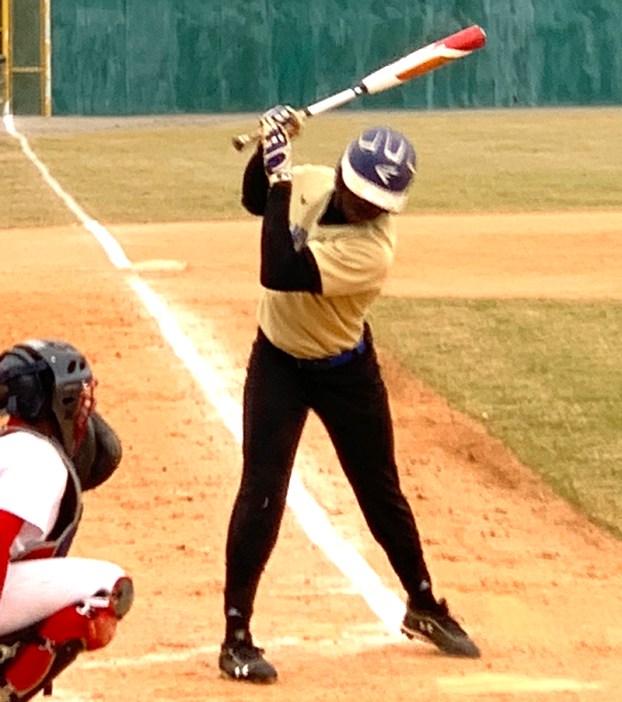 Americus-Sumter’s Lemario Larry was one of only two ASHS players to get a hit against Westover in the Panthers’ 11-1 loss to the Patriots. Photo by Ken Gustafson

Westover’s early lead too much for Panthers to overcome

ALBANY – Coming off a 13-3 victory over Carver on Monday, April 1, the Americus-Sumter baseball team was hoping to take the momentum from that victory and use it to earn another Region 1-AAAA victory over the Westover Patriots. However, WHS jumped out to an early lead and continued to drive in a total of 11 runs on six hits to earn an 11-1 win over the Panthers on Thursday, April 4, at the Paul Eames Sports Complex in Albany, GA.

Walks by ASHS pitchers proved to be a key factor in the loss for the Panthers. Starting pitcher Traveon Brown walked six batters in four innings pitched and relief pitcher Joshua Lusane walked four. This allowed the Patriots to have more chances to score runs and they took advantage of it.

“I feel like they outplayed us today. We still have a good team. We’ve got a good young team,” ASHS head coach Brandon Mitchell said. “We need to work on our hitting more. The hitting is what decided the game today. They had nine hits to our two, and that’s what brought in the runs. I think that cleaning up mistakes is a big key, but they found the spots and gaps to hit the ball to.” Mitchell went on to say that he was proud of his starting pitcher Traveon Brown in spite of his tough outing. “He did a good job pitching. He did what we asked him to do,” Mitchell said. “He was pitching strikes, but they were getting hits and our defense should have backed him up. We will be ready to go against Shaw.” 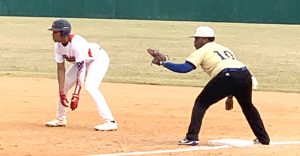 The Patriots scored two runs in the bottom of the first inning. La’Borris Buchanan led off with a single and advanced to second on a throwing error by the Panthers. Buchanan then stole third base. After Rodney Bullard struck out swinging for the Patriots’ first out, Cameron Hopkins reached on a bunt single, scoring Buchanan to give the Patriots a 1-0 lead. Hopkins then advanced to second on a wild pitch by Brown. Kedarrius Cunningham drove in Hopkins with an RBI single, but was thrown out as he tried to advance to second. Nevertheless, the Patriots drew first blood as they led the contest 2-0 after one inning.

In the top of the second inning, both Lusane and Devin Hudson flew out, but Lemario Larry singled. However, Larry was thrown out trying to steal second base, ending the Panthers’ chance to score.

The Panthers struggled for most of the game against WHS starting pitcher Kedarrius Cunningham. Cunningham pitched all five innings of the game and was dominant on the mound. He gave up only one run on two hits. He walked two batters and struck out nine. 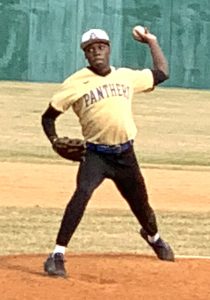 In the bottom of the third inning, the Patriots scored three more runs on just one hit to take a 5-0 lead. They took advantage of two walks by Brown and were aggressive on the base paths. Cunningham belted a double, scoring Bullard to increase the WHS lead to 3-0. After Antonio James flew out to center field for the second out, Brown walked Alex Ingram. Cunningham then stole third to put runners at the corners for the Patriots with two outs. The Patriots then executed a double steal as Cunningham stole home and Ingram stole second base. Ingram then stole third base and Jimmy Sims drew a walk. The Patriots again had runners at the corners with two outs and led 4-0. Ingram then scored on a passed ball to increase the WHS lead to 5-0. The Panthers eventually got out of the inning when Cameron Cromer flied out to right field for the third out.

The Panthers scored their only run of the ball game in the top of the fourth inning. With one out, KJ Harvey singled, but was thrown out at second when Tyler Hilliard hit into a fielder’s choice. Kylen Carter was brought in as a courtesy runner to run for Hilliard. Carter stole second and then advanced to third base on an error by Ingram. Lusane then hit a ground ball and reached on another error by the Patriots. This allowed Carter to score, giving the Panthers their first run of the game. Cunningham struck out Devin Hudson to end the Panthers’ threat, but ASHS only trailed by four at 5-1.

KJ Harvey and Lemario Larry were the only Panthers that got hits in this game. Harvey was 1-for-3 on the day with a single in the fourth, while Larry singled in the second inning.

In addition to his dominant performance on the mound for the Patriots, Cunningham was also productive at the plate. He went 4-for-4, scored a run and drove in four RBIS in the Patriots’ win.