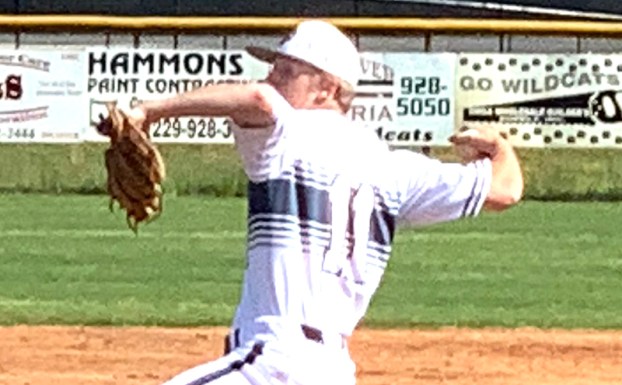 Schley County starting pitcher Dylan Taylor struck out eight Baconton Charter batters to lead the Wildcats to an 11-1 victory in Game 1 of a doubleheader. Photo by Ken Gustafson

ELLAVILLE – The Schley County Wildcat baseball team improved its record to 20-1 by sweeping a doubleheader over Baconton Charter (BC) 11-1 and 5-1 on Thursday, April 11, at Schley County High School.

Coming into Thursday’s two-game series, BC was ranked No. 1 in the state in the GHSA Class A-Public power rankings, but on Thursday, they were missing some key people. Nevertheless, the Wildcats played solid baseball in both games to earn an impressive two-game sweep. “We didn’t see them (BC) at full strength today,” SC head coach Chuck Cheek said. “They had a big region game the other day. They used their No. 1 starting pitcher against Seminole County, so we didn’t see him. Another guy that hey have has some tightness in his arm, so as a precaution, they didn’t use him against us. Everybody is trying to get ready for the state playoffs. We didn’t see their best guys.” 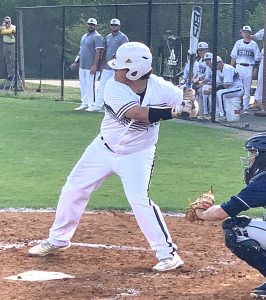 Schley County first baseman Dylan Windham at the plate. Windham went 2-for-3 in Game 2 and drove in two RBIs.
Photo by Ken Gustafson

Cheek went on to say that even though BC didn’t come into the doubleheader at full strength, they still posed a challenge for his team. “They can still swing the bat. We held them to one run in both games so I was very proud of our pitchers and our defense,” Cheek said. “We played pretty well. We did what we had to do. We took advantage of some stuff in that first game and we turned some walks and a couple of hit batters into some runs. We actually hit the ball really well today, but they (BC) made some really nice plays defensively.”

Schley County right fielder Trent Bivins crossing the plate. Bivins went 2-for-3 at the plate, scored two runs and drove in two RBIs in the Wildcats’ 11-1 win in Game 1.
Photo by Ken Gustafson

In Game 1, the Wildcats scored seven runs in the bottom of the first inning to take command early and went on to win 11-1. They took advantage of four walks, one hit batsman, three errors, one wild pitch and one RBI single by Michael Wainwright to build an early 7-0 lead. The Wildcats added to their lead in the bottom of the second. With two outs, Trent Bivins singled and advanced to second base on a passed ball. Ashton Goodin then hit an RBI double to right field, scoring Bivins to give SC an 8-0 lead. BC’s only run of the game came in the top of the third inning. With two outs, Smith Pinson drew a walk from SC starting pitcher Dylan Taylor. Pinson advanced to third base on two passed balls. Taylor then walked Jackson Bostic to put runners at first and third with two outs. Stone Pinson hit into a fielder’s choice, allowing Smith Pinson to score BC’s only run.

The Wildcats added three more runs on four hits in the bottom of the third inning to complete the 11-1 victory in Game 1. Taylor pitched all five innings of Game 1 as the game ended early due to run rules. He gave up one unearned run on two hits, walked two and struck out eight batters.

Bivins led the offensive attack for the Wildcats in Game 1. He went 2-for-3 at the plate, scored two runs and drove in two RBIs. The Wildcats took advantage of four errors committed by BC. 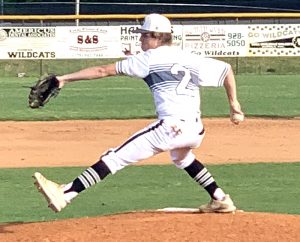 Game 2 was a much closer affair, with SC winning 5-1. The Wildcats scored the first run of the game in the bottom of the second. Bivins led off with a single and advanced to second on a fielder’s choice by Goodin. Lorne Barineau then singled home Bivins to give the Wildcats a 1-0 lead.

SC scored two more runs in the bottom of the third inning. Garrett Peavy led off the inning by getting hit by a pitch from BC starting pitcher Haden High. Dakota Albritton moved courtesy runner Luke Renfroe to second on a fielder’s choice. Dylan Taylor then drew a walk, putting runners at first and second with one out for the Wildcats. Dylan Windham singled to center field, scoring Renfroe and Taylor to give SC a 3-0 lead. 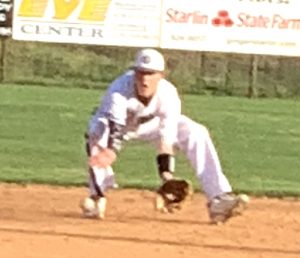 Windham led the Wildcat offense by going 2-for-3 at the plate with two singles and two RBIs. Haden High was the losing pitcher for BC in Game 2. He pitched six innings, giving up six runs on five hits. He walked three and struck out five SC batters. 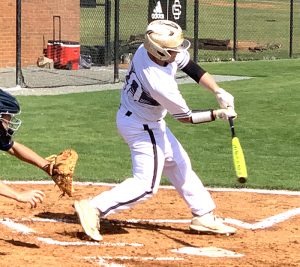 BC falls to 18-5 on the season, but is still at the top of the Region 1-A standings. The Wildcats remain atop the Region 4-A standings with an undefeated region record of 12-0.

SC will host St. Anne-Pacelli in a region game on Friday, April 12 and will close out the regular season when they host Westfield on Monday, April 15. Friday’s game is scheduled for 5:30 p.m. and the regular-season finale on Monday is scheduled to begin at 6 p.m. The Wildcats will most likely face Brookstone for the Region 4-A Championship on Thursday and Friday, April 18-19, in a best-of-three-game series at SC. The start times are TBD.

Ken’s Column: Let’s not delight in the failures of others

On Tuesday morning, as I was getting ready for work, I was listening to a sports radio station out of... read more