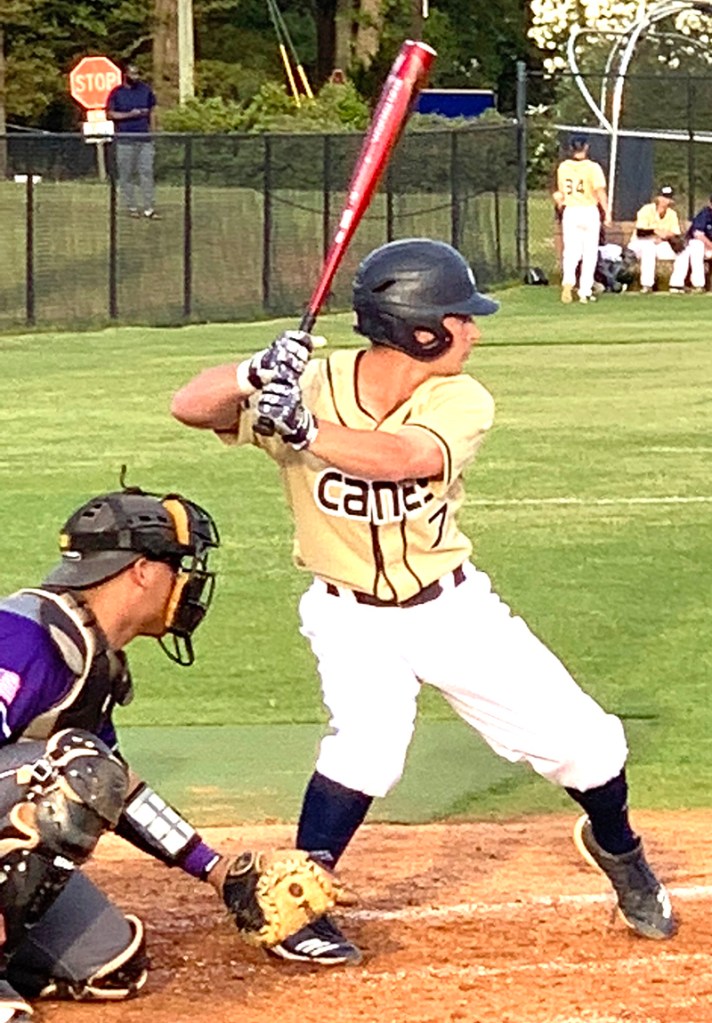 GSW freshman infielder Matthew Mamatas was one of 24 GSW student-athletes to be named to the Peach Belt Conference Presidential Honor Roll as a Gold Scholar. ATR Archive

CARROLLTON, GA – After taking two out of three games at Columbus State last weekend, the Georgia Southwestern State University baseball team traveled to Carrollton, GA on Wednesday, April 10, hoping to continue that positive momentum against the University of West Georgia. However, the Wolves were able to score five runs in the bottom of the second inning and used that as a catalyst to propel them to a 10-4 victory over the Hurricanes.

With the loss, GSW falls to 14-26 on the season and is currently 8-13 in the Peach Belt Conference.

The Hurricanes got off to a promising start by taking a 3-0 lead in the top of the first. Miguel Urbina doubled and Jonathan Martin belted a two-run home run in the inning. However, the Wolves responded with three runs in the bottom of the inning to tie the game.

On a positive note, GSW shortstop Matthew Mamatas went 2-for-3 at the plate to lead the Hurricanes’ offensive attack. Second baseman Jason Baita and third baseman Tyler Skelton both went 2-for-4 on the day, with Baita scoring a run.

On the mound, GSW starter Cole Garrett took the loss and is now 1-4 on the season. Garrett pitched 1.2 innings and gave up eight runs on eight hits. He walked four batters and struck out none. Jared Donalson came on in relief of Garrett and pitched very briefly (0.1 innings). Donalson gave up no runs or hits and struck out one batter. Hayden Martin was the third and final Hurricane pitcher used in the game. Martin pitched six innings, giving up two earned runs on five hits. He walked two batters and struck out three.

UWG center fielder Cade Marlowe led the Wolves’ offensive attack by going 3-for-5. He scored three runs and drove in two RBIs. UWG relief pitcher Tyler Garner got the win for the Wolves and is now 3-0 on the season. Garner pitched seven innings, giving up one run on five hits. He walked one batter and had four strikeouts.

The Hurricanes will try to rebound from the loss when they step back into PBC play. They host Lander University in a three-game series beginning on Friday, April 12. Friday is Canes vs Cancer Day and the first pitch for Friday’s game is scheduled for 6 p.m. Both teams will face off in a doubleheader on Saturday, April 13. Game 1 is scheduled to begin at 1 p.m., followed by Game 2 at 4:30 p.m.