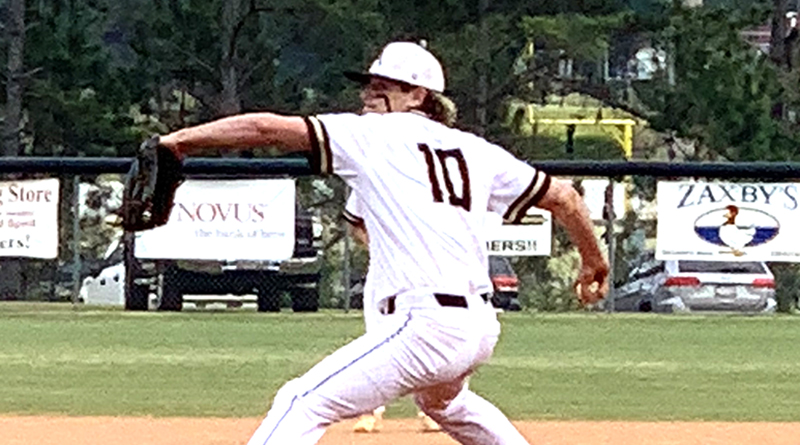 AMERICUS – The Southland Academy Raider baseball team (SA) was able to battle with the Panthers of Tiftarea Academy (TA) through six innings. By the time the seventh inning arrived, both teams were deadlocked at 2-2. However, The Panthers scored two runs in the top of the seventh and held the Raiders scoreless in the bottom half of the inning to hand SA a 4-2 loss on Tuesday, April 9, at Southland Academy.

In spite of nine hits generated by the Raiders, they were only able to score two runs the entire game.

With two outs and a man on second in the top of the seventh, TA’s Brandon Prudhomme singled home the go-ahead run to give the Panthers a 3-2 lead. They later added an insurance run. In the bottom of the seventh, SA right fielder Tyler Kennedy singled to left field. After Luke Law struck out, Landon Law singled, putting Kennedy at second base and in scoring position. However, Hunter McCain flew out to right field to end the game.

TA starting pitcher Hayden Murphy got the win for the Panthers. He pitched six innings and gave up two runs on seven hits. He walked one SA batter and struck out three. Freddie Updike led the offensive attack of the Raiders. Updike went 2-for-3 at the plate and drove in an RBI. McCain was the Raiders’ starting pitcher and took the loss. He pitched 6.2 innings, giving up four runs on five hits. He walked three and struck out three.

The Raiders will have a chance for revenge when they travel to Chula, GA on Friday, April 12, to take on the Panthers in a rematch. First pitch is scheduled for 6 p.m.