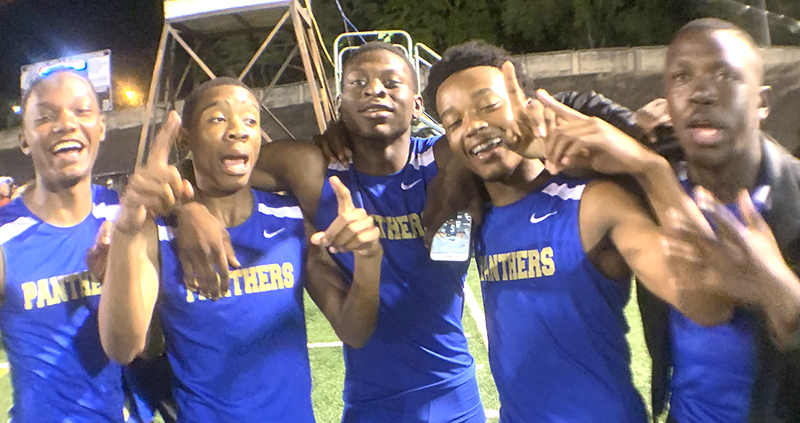 The boys’ team finished in fifth place overall with 65 points. They were one point out of fourth-place finisher Lee County (66). Westover ended up winning the boys’ team championship with 139 points. The Lady Panthers finished in eighth place overall with 32 points. Monroe Comprehensive High School in Albany ended up winning the girls’ team championship with 128 points.

ASHS girls’ track & field coach Shanicka Dyson, who was also overseeing the boys’ team, was extremely pleased with the performances of both the Panthers and Lady Panthers. “Everybody did excellent. I’m totally floored,” Dyson said. “I know for a fact that Selliyah Owens, my sophomore, broke her own high school record in the 400 Meter Dash by running a time of 1:00.48. That is something that we’ve been working on the entire season. The boys have really improved this season. Their times have really dropped. We had a rough start at the beginning, but now, it’s all coming together in the end. I can tell that they are ready for the regionals on Tuesday and Friday.” 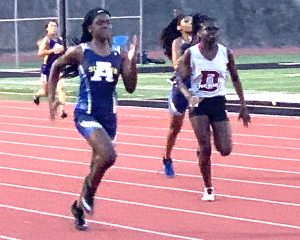 Selliyah Owens (left) set a new ASHS record in the Girls’ 400 Meter Dash with a time of 1:00.48 at the Westover Relays.
Photo by Ken Gustafson

Perhaps the best performance of the day for ASHS came in the Boys’ 4×400 Meter Relay. The Americus-Sumter relay team of Braylon Green, Trevian Thomas, Rondravious Terry and Jaylen Mable won the event with a time of 3:24.49. Mable, who ran the anchor leg, was extremely pleased with his performance and that of his teammates and commented on how much improvement the team has made in the event. “We performed better than we’ve done in the past. We executed well,” Mable said. “We still have hard work to do. I hope that we can drop our times at the Region Meet and then the State meet.” 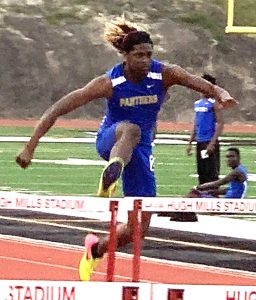 In the boys’ triple jump event, Trevian Thomas finished in fifth place overall. His best jump was a length of 40-10.00.